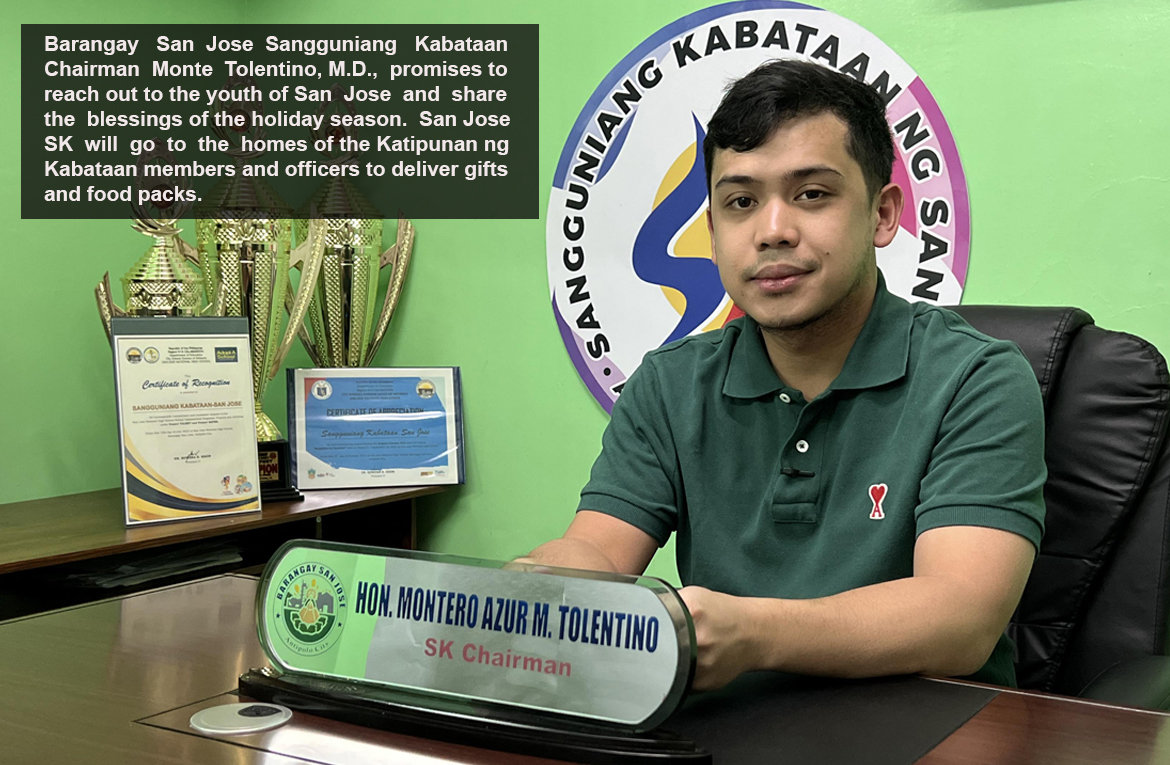 The Sangguniang Kabataan of Barangay San Jose, led by Chairman Monte Tolentino, M.D., will reach out to the youth of San Jose and share the blessings of the holiday season when they go to the homes of the Katipunan ng Kabataan members and officers to deliver gifts and food packs.

The San Jose SK continues to provide services, organize productive activities and deliver essential goods to the youth of the barangay.

A team building and Christmas Party was also held at Casa Juan Resort December 17 to 18. It was an opportune time for SK officials to bond with the youth leaders as well as a chance to assess the year’s past activities.

The Sangguniang Kabataan of Barangay San Jose, a supporter of the LGBTQ+ Community, will hold the Miss Gay Grand Finals at the old Boso-Boso covered court on December 26, Tuesday as its final activity this year.