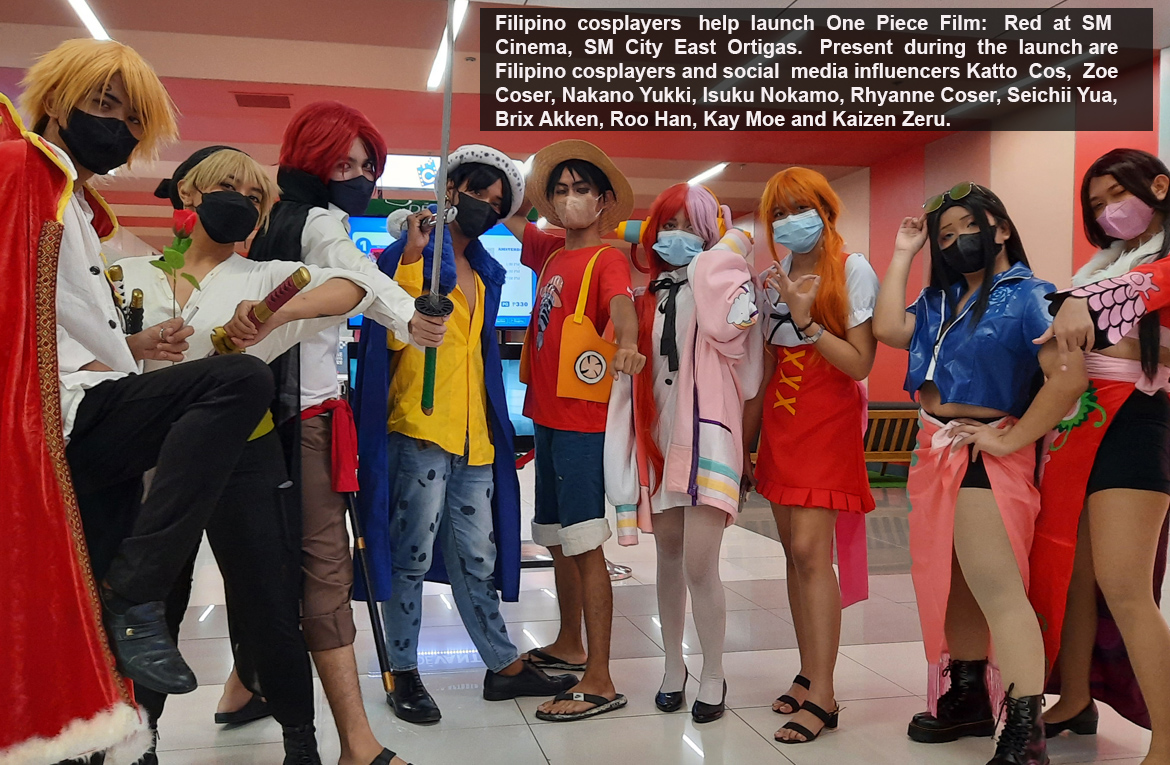 One Piece Film: Red is the latest edition of the wildly popular Japanese animated fantasy action-adventure film series. It is directed by Gorō Taniguchi and produced by Toei Animation. It is the 15th feature film of the One Piece film series, based on the manga of the same name written and illustrated by Eiichiro Oda.

Watch it now at the fully digitized SM Cinemas which show crystal clear images at SM City East Ortigas. The theatres each have 250 spacious and comfortable seats and are equipped with top-of-the-line surround sound systems which make them the perfect place for enjoying a good movie with family members and friends.

May December January is a love triangle film written by National Artist Ricky Lee. It is about Claire (Andrea del Rosario), a single mother to gay 17-year old Pol (Gold Aceron) and Migoy (Kych Minemoto) the boy they are both in love with.

Smile is an American psychological horror film based on the 2020 short film Laura Hasn’t Slept. It stars Sosie Bacon as a therapist who witnesses the bizarre suicide of a patient and who goes through increasingly disturbing and daunting experiences which she believes to be supernatural in nature. It also stars Jessie T. Usher, Kyle Gallner, Caitlin Stasey, Kal Penn and Rob Morgan.

You can buy tickets to watch films at SM City East Ortigas by visiting www.smcinema.com or in person at the box office.