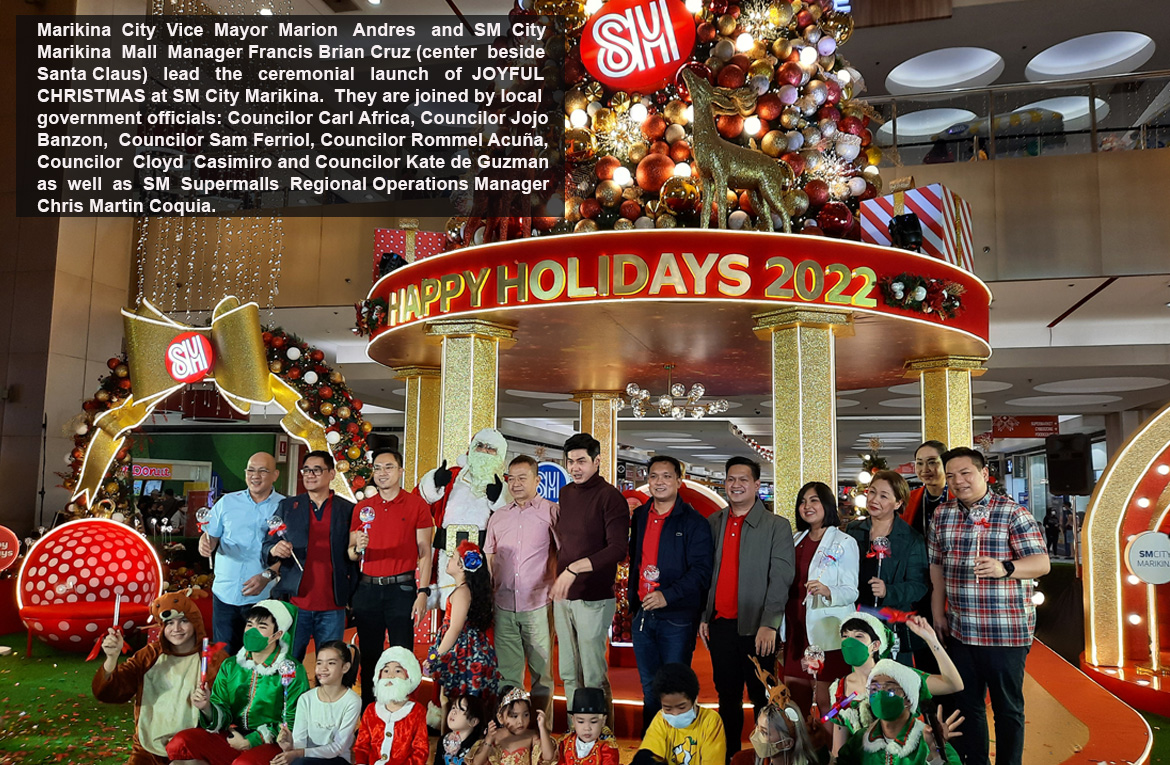 SM City Marikina captured the timeless traditions of the Yuletide season with the launch of JOYFUL CHRISTMAS at SM City Marikina.  The launch involved the lighting of a 30-feet tall Christmas tree situated atop of a lighted gazebo with red and gold hues surrounded by an immersive display of Christmas.

The audience was also entertained by the delightful banter of host Nicole Cando as well as the song-and-dance performance by the Christmas Friends.

For only ₱250, a shopper may purchase two Bears of Joy.  One of two bears will be donated to a selected charity, while the donor can take the other one home.

With the recent typhoon Paeng, SM City Marikina’s Joyous Christmas wishes to light up hope and encourage everyone to share their blessings.