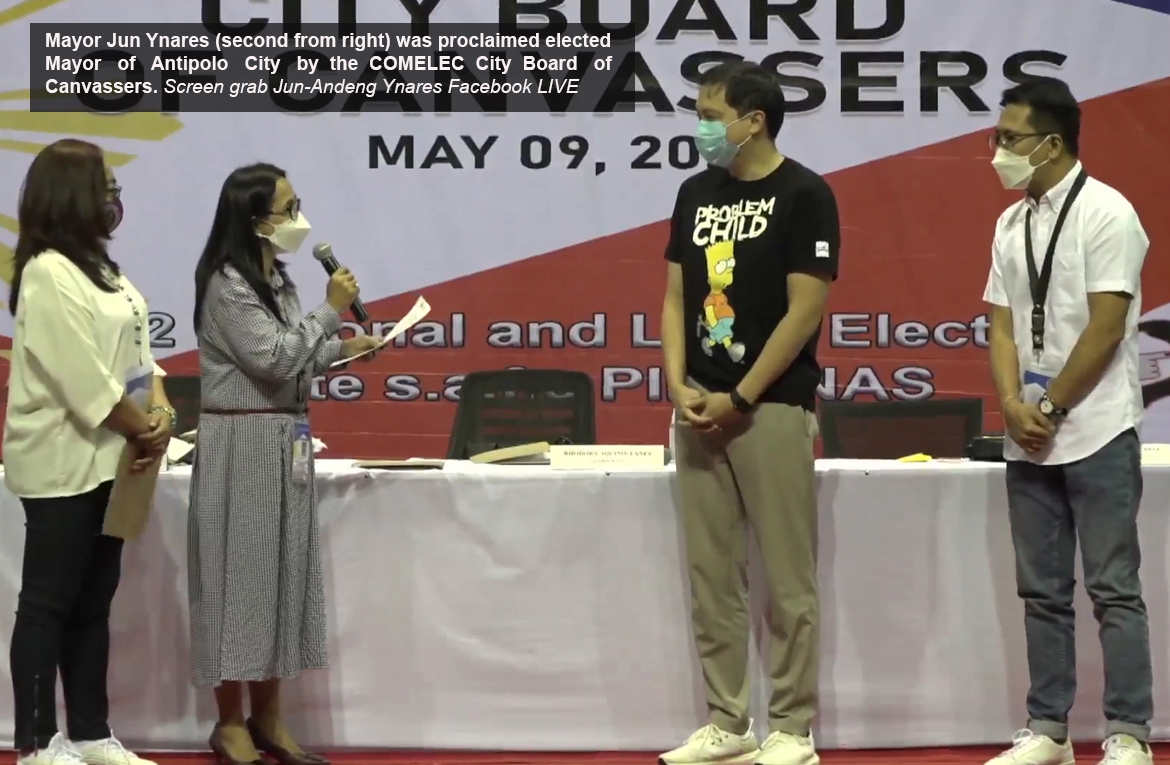 The Commission on Elections City (COMELEC) Board of Canvassers in Antipolo City proclaimed winners of the local election on Facebook LIVE in the Jun-Andeng Ynares Facebook account.

COMELEC officials Rhodora Aquino Yanes, Marie Elvira Herrera and Christopher Diaz, after receiving election returns from the 652 precincts in Antipolo City, proclaimed Jun Ynares as the elected Mayor of the City of Antipolo.

COMELEC called the elected officials, one after another, onstage at the Ynares Center in Antipolo City, announced the total number of votes the candidates received and officially announced their electoral victory.