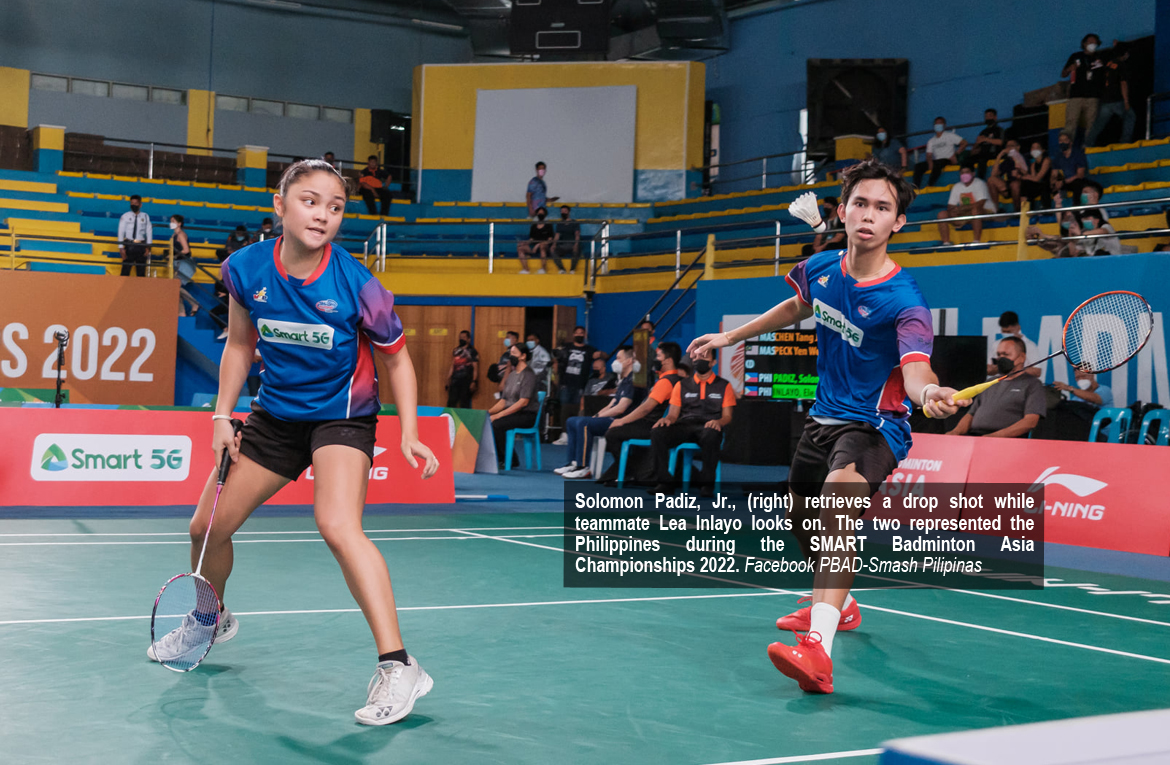 Competition is the key to improvement and Antipolo’s pride Eleonor Christine “Lea” Inlayo gained valuable experience in the past SMART Badminton Asia Championships held at the Muntinlupa Sports Complex gym.

Inlayo teamed up with Susmita Angelique Ramos to propel the Philippines to the main draw of the mixed doubles where they bowed to Nami Matsuyama and Chicharu Shida of Japan, 6-21, 11-21, in the $400,000 tournament.

The Filipino pair had been playing together for only two months but fought hard before being overpowered by the world’s No. 7 Japanese duo who bagged the gold medal at the Yonex All-England Open just last month.

Inlayo confessed she was disappointed but maintained that they gained valuable experience which will serve them in good stead when they represent the Philippines in the coming 2022 Southeast Asia Games in Vietnam.

“We feel bad about losing but we also learned a lot from the experience. We hope to do better in our next tournament, which is the coming Vietnam SEA Games,” said the 24-year-old Inlayo, a gold medalist in the 2014 Philippine National Games.

Ramos was likewise disappointed but similarly optimistic that the experience they gained made them a better team.

“Although this is our first team up, we fought hard. We tried our best out there, but the Japanese players are very good,” said Ramos, a member of the team that won the bronze medal at the 2019 ASEAN School Games.

Before that Inlayo teamed up with Solomon Padiz, Jr. in the mixed doubles where they absorbed a 10-21, 16-21 defeat to Malaysia’s Chen Tang Jie and Peck Yen Wie.

Inlayo brings pride to her home Antipolo City as she continues to compete in badminton.