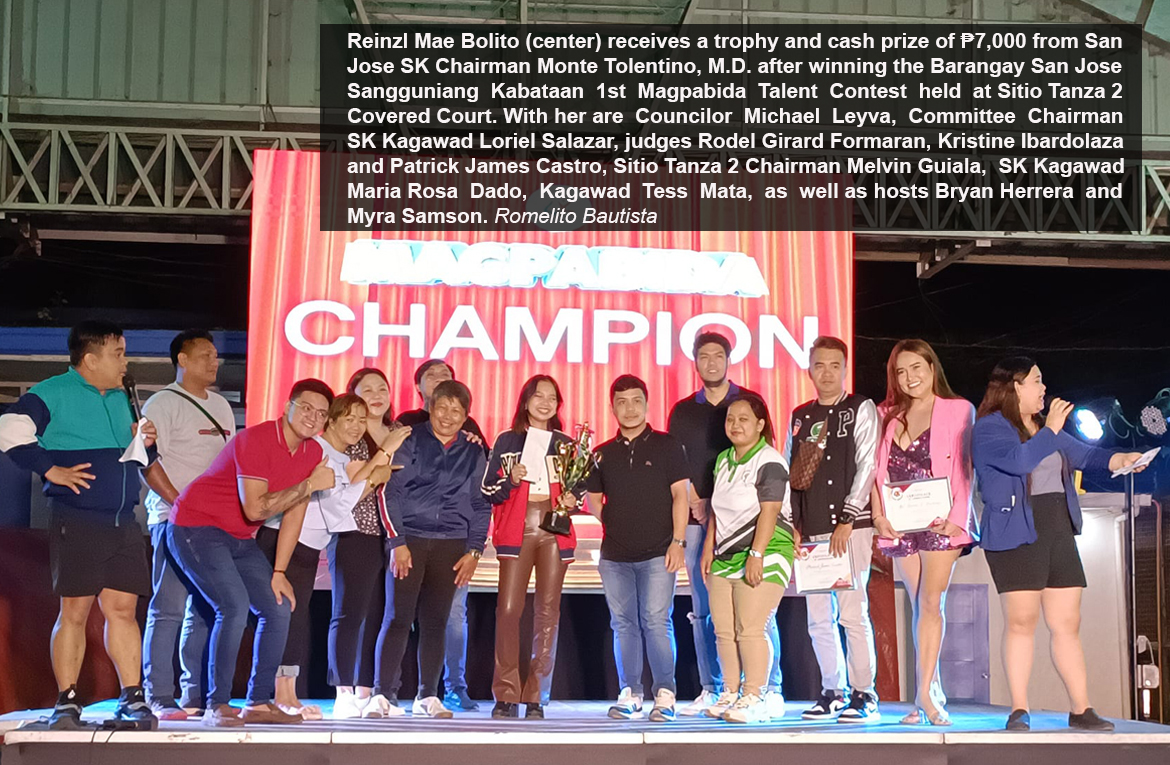 Reinzl Mae Bolito sang (and danced) as she delivered her own unique version of Adele’s Rolling in the Deep which included a rap routine to rule the competition.

The contest is a project of the Barangay San Jose SK, led by SK Chairman Monte Tolentino, M.D. The San Jose SK hopes to discover and showcase the performing talent of its youth.

SK Chairman Tolentino said San Jose SK did everything and sacrificed much to make sure that the competition – for the benefit of the youth of San Jose – pushed through no matter what.

The start of the competition itself was postponed for a few hours because of a heavy downpour.