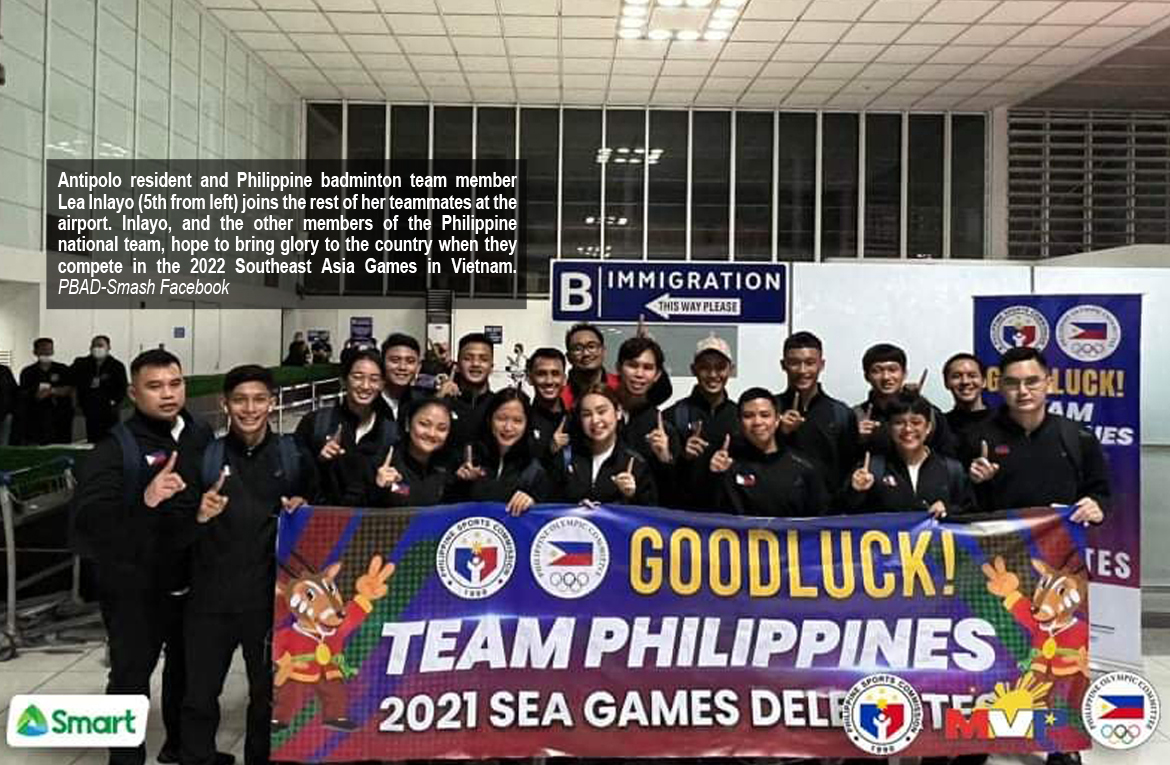 Antipolo resident and Philippine badminton team member Lea Inlayo joined her teammates in Hanoi to compete in the 2022 Southeast Asia Games in Vietnam.

The 24-year-old UP product says the team faces an uphill climb against world-class competition in badminton during the SEA Games but they are not about to shy away from the challenge of trying to bring honor and glory to the country through excellence in their sport, badminton.

The Philippine badminton team, PBAD-Smash Pilipinas, has prepared hard for the competition and even included some pool trainings to condition their bodies.

Badminton competition starts 9 AM, May 16, Monday with Inlayo competing in Women’s Doubles with Susmita Angelique Ramos and in Mixed Doubles with Solomon Padiz, Jr.

The Philippine team members have been practicing extensively for the last few months and participated in the SMART Badminton Asia Championships held at the Muntinlupa Sports Complex gym as final tuneup before the SEA Games in Vietnam.