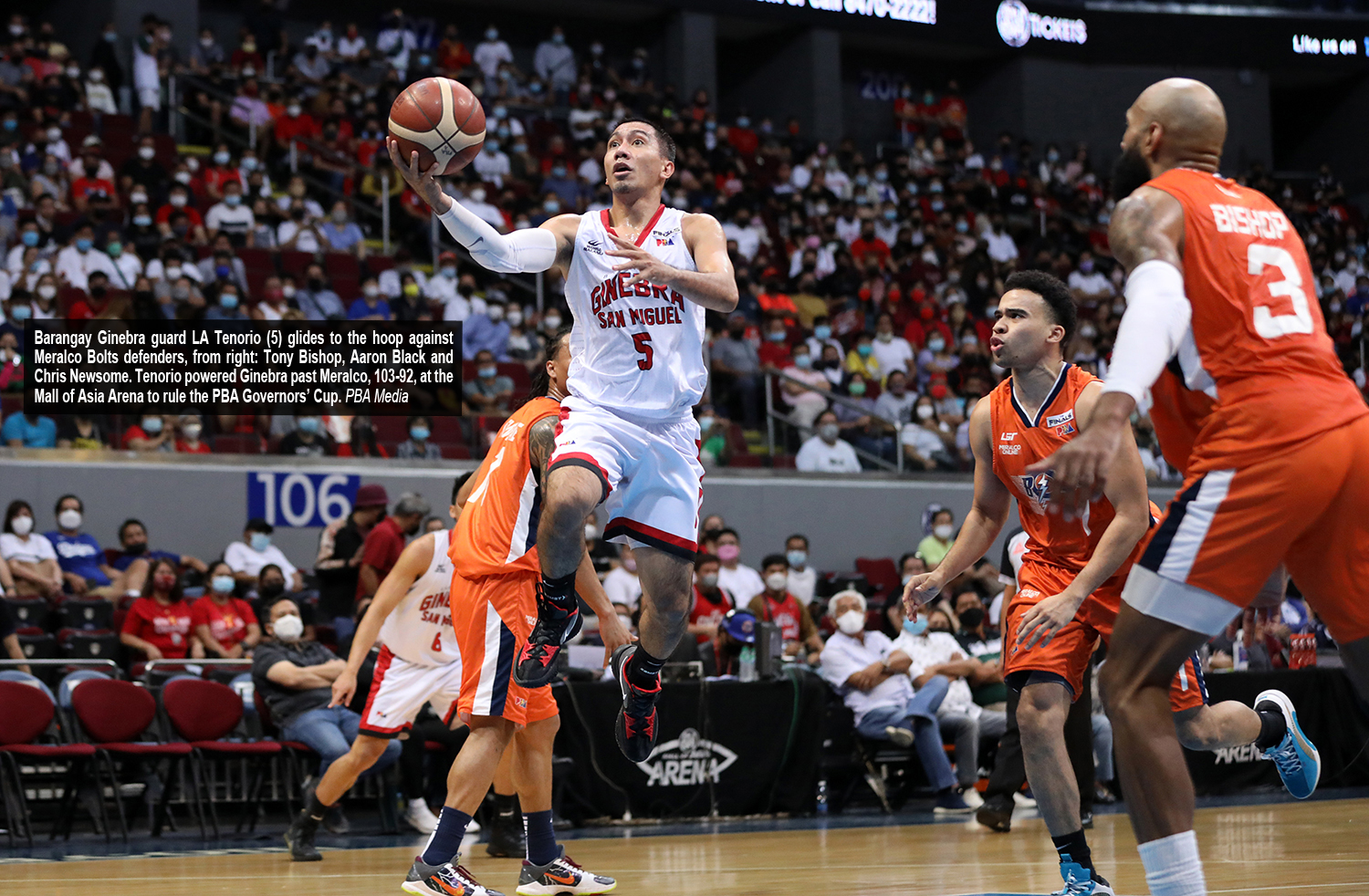 Barangay Ginebra continued its dominance over the Meralco Bolts with a 103-92 victory before more than 20,000 cheering fans at the Mall of Asia Arena to rule the PBA Governors’ Cup.

After yielding the All-Filipino crown earlier in the season to the Talk N Text Tropang Gina there was simply no way Ginebra would let this one slip away, too.

Justin Brownlee, LA Tenorio, Christian Standhardinger and Scottie Thompson again did most of the damage for Ginebra which made it four-of-four in the title series against Meralco in the Governors’ Cup.

Brownlee bounced back from a two-point first-half and came through with 22 in the second half. But it was Tenorio who saved his best for last to explode for 30 in the series clincher.

Standhardinger collected a double-double with 19 markers and 13 rebounds. Thompson also made an impact with 15 points, three rebounds, three assists and three steals as the Gin Kings defended the crown they won four times in the last five seasons.

With the victory Ginebra tied Alaska and Magnolia with 14 PBA crowns to trail only the San Miguel Beermen.

Ginebra coach Tim Cone expressed his gratitude to his players as he won his 24th PBA crown in all. He has won six crowns in the past six years with Ginebra.

“It’s such a delight and joy to bring these guys to the Promised Land in front of you. You made it happen.”