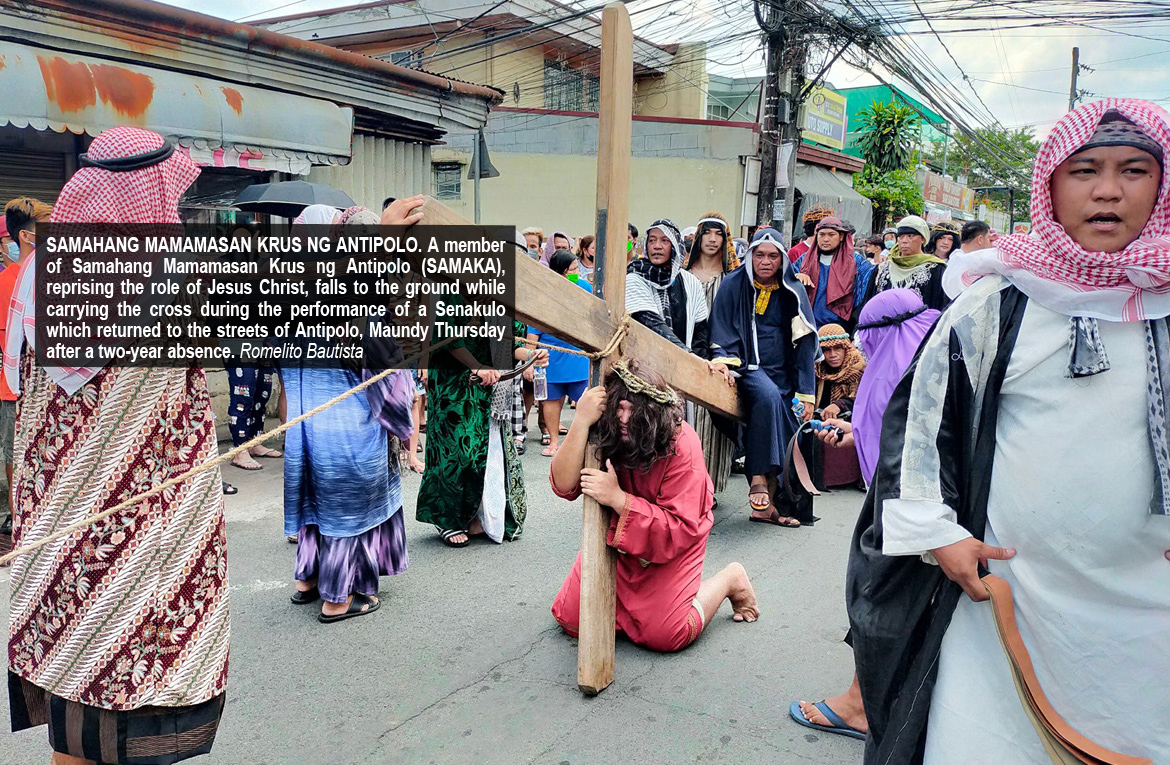 After an absence of two years because of the COVID-19 pandemic, Samahang Mamamasan Krus ng Antipolo (SAMAKA) returned to the streets of Antipolo City with the holding of a Senakulo Maundy Thursday and Good Friday.

Members of SAMAKA reenacted the Passion of Jesus Christ along the streets of Antipolo in a Passion Play, from his Last Supper with his disciples, to his capture by Roman soldiers, his scourging and torture and finally his ultimate death at the cross.

Senakulo is a solemn nationwide event in the Philippines that helps devout Catholics recall the biblical events pertaining to the life, tribulations and ultimate sacrifice of Jesus Christ.

Also called Passion Play in some parts of the world, it is a dramatic presentation depicting the Passion of Jesus Christ: his trial, suffering and death. It is a traditional part of Lent in Catholic tradition.

It was named after the Upper Room or Cenacle, which is thought to be the place where the Last Supper was held.

Lent in the Philippines is observed not just through prayer but also through fasting and abstinence, penitence, panata, via crucis, visita iglesia, the pabasa in most barangays or villages in every town and city and ultimately the Senakulo.

Lent and its peak of Holy Week are special occasions for Filipinos to pray, bond with loved ones and visitors as well as a break from the daily grind allowing them to pray and contemplate their life and an opportunity to thank God for the blessings in their lives.