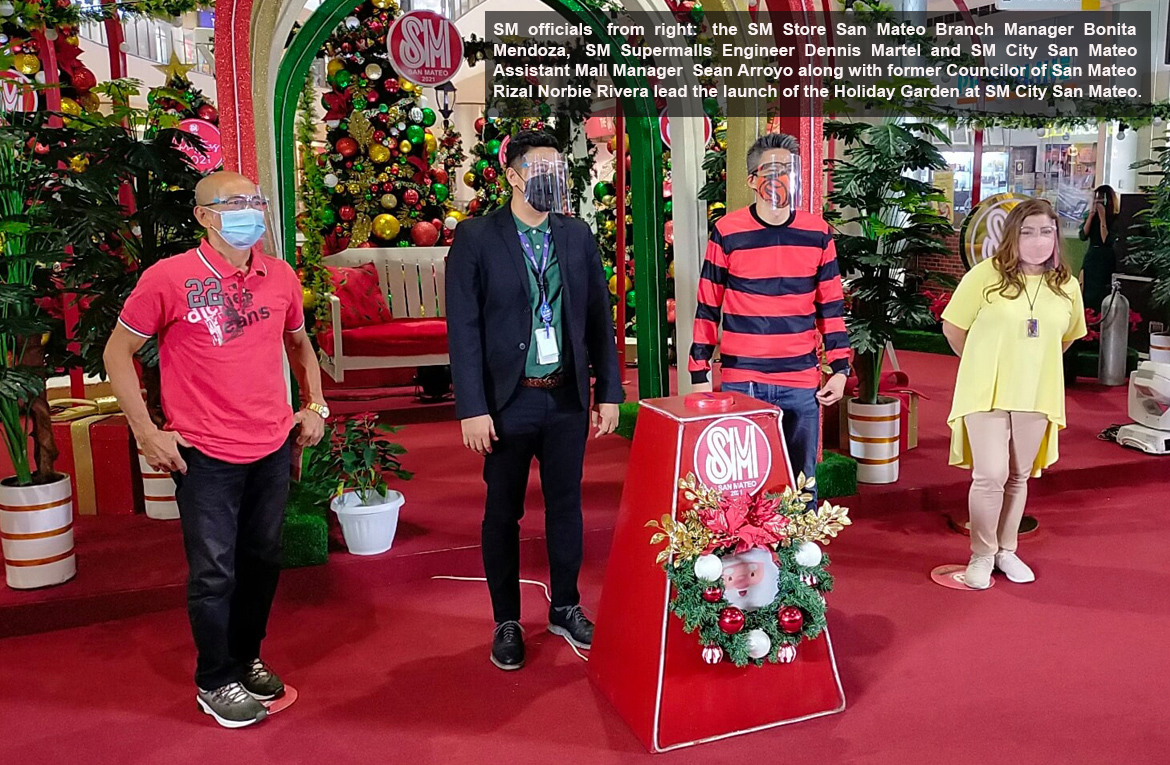 Gleaming with festive yet cozy ambiance at SM City San Mateo is its Holiday Garden which welcomed shoppers October 30 for its annual Christmas centerpiece launch.

The Holiday Garden highlights lighted gazebos, entrance arch and Christmas trees in gold, red and green hues. Comfy branches and garden set surround the area for shoppers who would like to laze around after doing some purposeful shopping. The areas also double as a beautiful designated dining area to take quick grub from the mall’s food tenants.

The launch ceremony highlights a ceremonial light up by San Mateo, Rizal Mayor Cristina Diaz along with other officials of the municipal government of San Mateo. They are joined by SM Supermalls Regional Operations Manager Engineer Dennis Martel and Assistant Mall Manager Sean Arroyo. Singer Kheem Redillas performs SM Mallidays jingle to complete the exciting Christmas feel during the launch.

“We always look forward to holding our Christmas launches here at SM City San Mateo. Although we miss seeing kids running around, it is still the time that we see genuine happiness on our shoppers faces whenever they take photos with our centerpiece. We are thankful that we get to do this again this 2021,” said Arroyo.

Starting November 12 SM City San Mateo will launch the Bears of Joy, an annual charity program of SM Supermalls wherein shoppers can also participate by buying a pair of Christmas Teddy Bears for P200 from the Bears of Joy Booth. One of the two bears will be donated to a selected charity, while the donor can take the other one home. SM City San Mateo will give the accumulated donated bears to a chosen charity.