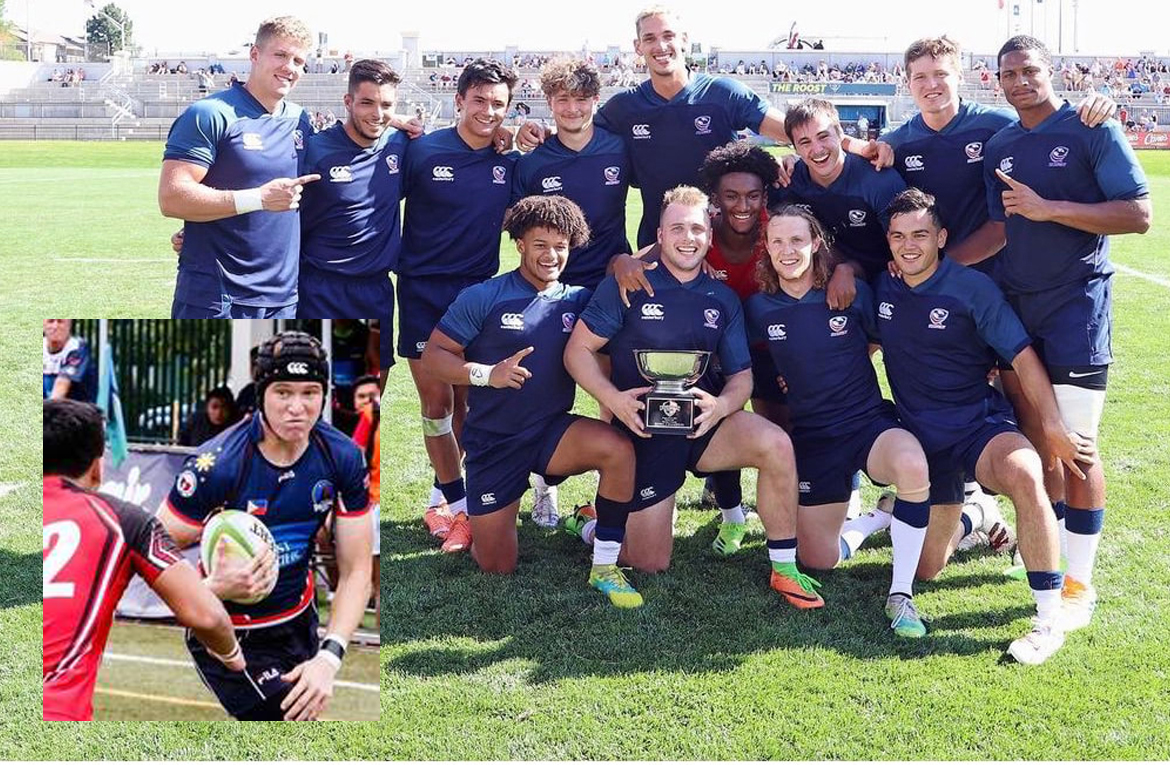 The name Ryan Santos may sound familiar to the Philippine Rugby community that is because he’s a product of the grassroots and school rugby system in the Philippines.

He is also the eldest of three sons to PRFU Secretary General, Rick Santos and his wife Bonnie. Ryan recently represented the USA U23 All American Collegiate team in the Rugby Town 7s at Glendale, Colorado.

“Ryan has always been a special talent. You could always see his talent developing from a young age. Holding dual citizenship for both the Philippines and USA we were always going to see him at the international level with a skill set such as his. He’s the Team Captain for Harvard Rugby so it was great to see him selected in the All American Collegiate team over the weekend,” Jake Letts of Philippine Rugby said.

Santos has developed his talents through the local Santos Knight Frank Mavericks Rugby Club in Makati, the International School Manila and the National Youth Programs of Philippine Rugby. He represented the Philippines as a national youth player on a number of occasions and has been earmarked as a player of the future for the Volcanoes 7s and 15s program.

Ryan’s father, Rick Santos served as the Union’s President for a maximum term of eight years before being re-elected last year to the Secretary General post to continue to serve for Philippine Rugby. He also sits on the Development Committee for Asia Rugby.

“It is a true pleasure to see grassroots rugby and development growing and inspiring young athletes at the youth, high school, collegiate and national team levels. Ryan is a true product of the grassroots program in the Philippines and Asia. We could not be more proud,” said Rick Santos.

Ryan has kept himself in rugby shape during the global pandemic, spending the early months of 2021 in South Africa at a 7s specialist training camp.

“Ryan is maximizing 2021; he’s invested physically in his strength, fitness and speed. Being exposed to a high level of competition and training environment in South Africa as well as recent tournaments in the US will ensure he continues to perform at the highest level. If Asia Rugby competitions proceed in November, be great to see him in action again hopefully once again for the Philippines,” according to Letts. Santos was selected alongside 12 others to represent the USA U23s; they finished Bowl Champions defeating the Sabercat 7s in a close final. Another Filipino American Sam Walsh of UC Berkeley was also selected in the team. Walsh scored two tries in the Bowl Final to help the U23s win their final match. Twenty teams competed with Samurai RFC claiming first place the US $10,000 prize money.