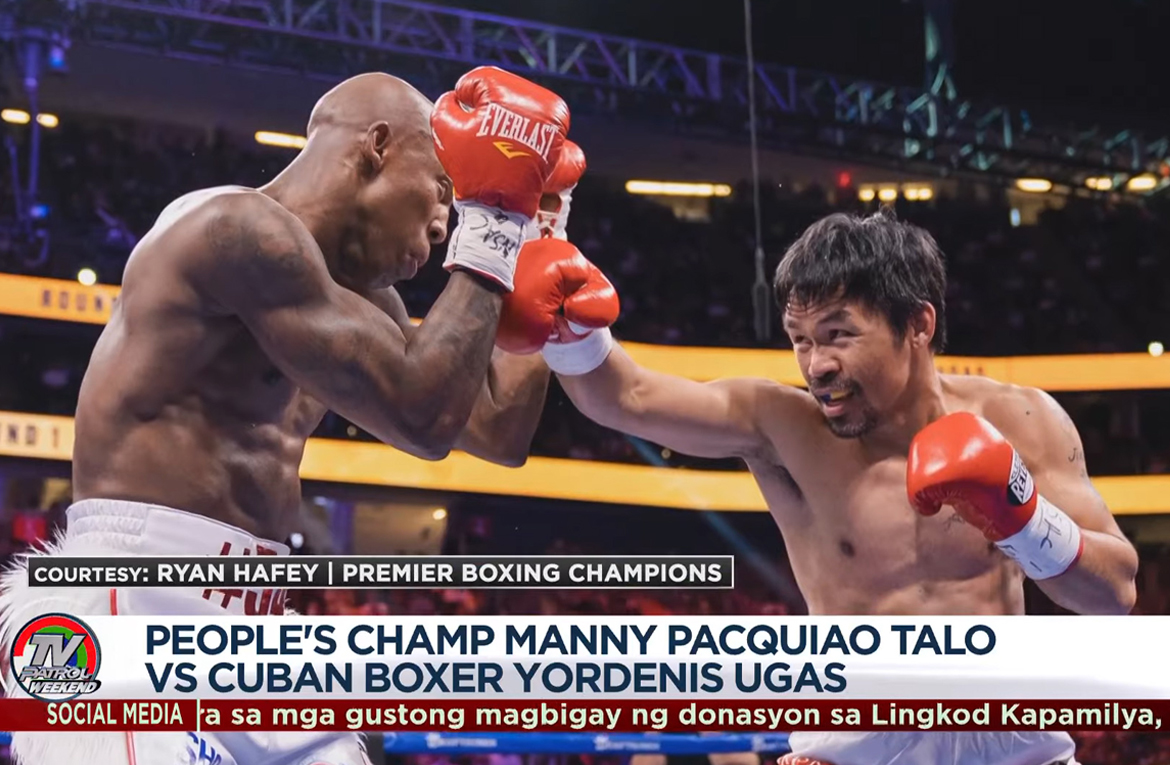 Manny Pacquiao’s blinding speed had always been enough to overwhelm his opponents.

It wasn’t enough against Yordenis Ugas who relied on his length and accurate hitting to post a unanimous decision victory over the Filipino legend and retain his WBA welterweight crown in Las Vegas Sunday, August 22, 2021.

Pacquiao swarmed Ugas from the beginning, raining blows on his Cuban opponent. But the wily Ugas moved back out of range of Pacquaio’s attacks or moved in close to deflect Pacquiao’s mitts on his shoulders.

And while Pacquiao couldn’t hit with his shots Ugas repeatedly connected with his jabs, counters or lead rights. Not only were Pacquiao’s punches not hitting the mark Pacquiao himself was repeatedly being hit.

Pacquiao was his usual quick self, darting in to unload but he was slow to dart out, or sidestep to avoid Ugas’ punches.

Ugas was also the more accurate fighter with his jabs. Pacquiao threw more jabs with 475 thrown. He could only land 42 or a poor 8.8 percent. Ugas threw 234 jabs and landed 50 or 21.4 percent.

In all Pacquiao threw a total of 815 punches and landed just 130 or 16 percent. Ugas threw just 405 punches but landed more with 151 punches connecting or 37.3 percent.

It was more than enough to secure the unanimous decision victory over Pacquiao.

In boxing, speed kills. This time around at least precision proved to be deadlier.

His face covered with bruises an emotional Pacquiao thanked the appreciative audience for braving the pandemic and watching the fight live. He was also philosophical about his loss.