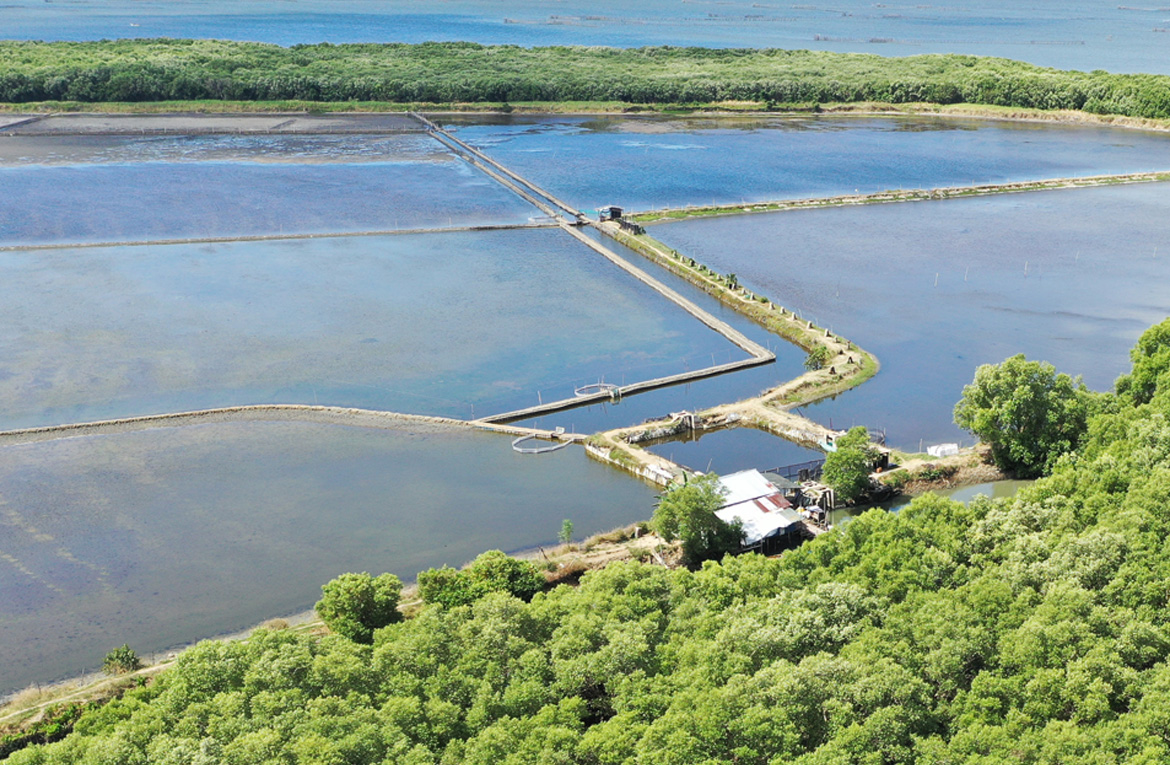 San Miguel Corporation (SMC) is looking to start a mangrove plantation on an 80-hectare site in Paombong, Bulacan as part of its nationwide reforestation initiatives, that includes expanding the Bulakan Mangrove Ecopark in Barangay Taliptip—where it is set to build the New Manila International Airport project—and the planting of seven million trees in at least seven provinces nationwide.

The company is in the initial stages of developing the first 20 hectares of what will be the San Miguel-Paombong Mangrove Plantation & Sanctuary, near the coastline of Barangay Masukol.

It will be undertaken together with the local government of Paombong, headed by Mayor Maryanne Marcos, the Department of Environment and Natural Resources (DENR), and the Bureau of Fisheries and Aquatic Resources (BFAR).

“Our team is in the process putting together the development plan for the mangrove plantation, and after submitting this to the Paombong LGU, we hope to immediately proceed with the signing of the Memorandum of Agreement (MOA). We thank the local government of Paombong for agreeing to host this mangrove plantation site and sanctuary that will be the biggest in Bulacan. It will also be a key component of improved sustainability and flood mitigation efforts for the province,” SMC president Ramon S. Ang said.

“We initially identified 20 hectares for this project and we are carefully studying the site in consultation with a mangrove expert to ensure that we will address potential challenges and ensure the mangroves’ long-term growth, so they can benefit both current and future generations.”

With an estimated 2,500 mangrove propagules to be planted per hectare, the San Miguel-Paombong Plantation & Sanctuary can host as many as 200,000 mangrove trees. This is more than the 190,000 mangroves that the company initially targeted last year at the start of its mangrove planting activities in Bulacan.

The planting activity will bring to 16,000 the new mangroves being grown by SMC at the Bulakan Ecopark site. This is in addition to 13,000 already in place in the coastal areas of Hagonoy and Obando.

“Planting is just the first step. Making sure that these mangroves grow to adulthood is the bigger challenge and will involve the community, especially those that will benefit from it. In combination with our upcoming river dredging and cleanup projects in Bulacan and further emphasis on proper waste disposal, we can both safeguard the marine environment and address flooding in the province,” Ang said.

“We are confident that we can get this done with the help of local and national government partners. We will also be drawing from the experience of our various SMC businesses that have implemented similar major sustainability initiatives nationwide.”

Ang cited as example the project of its power unit, SMC Global Power Holdings Corp. (SMCGP), to plant seven million upland trees and mangroves over 4,000 hectares of land in at least seven provinces.

Since the project started in 2019, SMCGP’s volunteers, along with some 24 local farmer and fisherfolk organizations, have already planted, and are caring for a total of 3,027,302 seedlings and propagules as of August 15 this year.

Ang said that the fisherfolk and farmers’ organizations helped in identifying indigenous tree varieties for planting and are nurturing the young trees to ensure high survival rates at 89 and 91 percent for upland trees and mangrove propagules, respectively.

Meanwhile, San Miguel Brewery, Inc. has planted an estimated 1 million trees under the Trees Brew Life program for the last 10 years, in areas that include Bacolod City, Tagoloan City in Misamis Oriental, Sta. Rosa in Laguna, and Mandaue City.

Meanwhile, company volunteers from Ginebra San Miguel Inc., together with community stakeholders are taking care of 40,000 full-grown trees across 12 hectares of land in Bago City, Negros Occidental, where its Distileria Bago, Inc. (DBI) is also undertaking a two-hectare expansion of the forest.

In support of the government’s National Greening Program, Petron has planted over 1 million trees and mangroves nationwide since 2000, The company has  also adopted a total of 30 hectares of mangrove reforestation areas in Tacloban City, Leyte and Roxas City, Capiz under its Puno ng Buhay program.