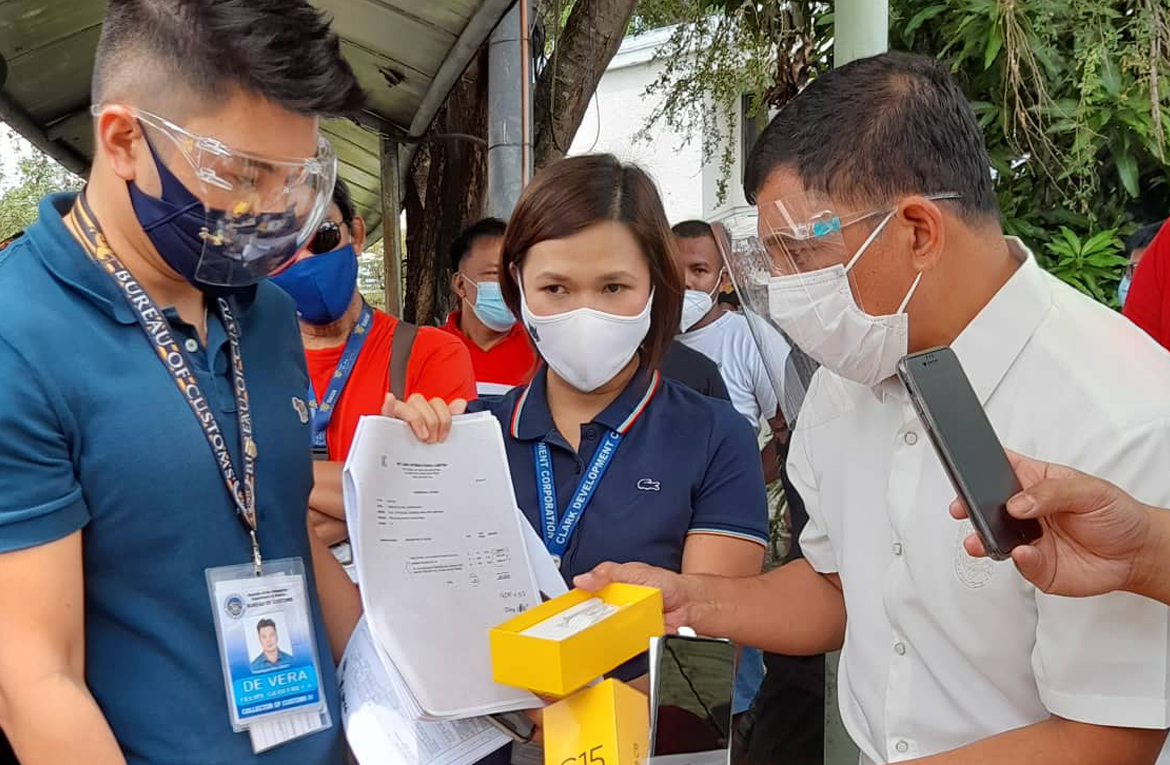 CLARK FREEPORT – An estimated P22.8 million worth of smuggled mobile phones were recently seized in this Freeport through a joint operation conducted by Bureau of Customs-Clark (BOC-Clark) and Clark Development Corporation (CDC).

The apprehended items include 3,520 pieces of Real Mi mobile phones – C15 model which were contained in 88 cargo boxes. A pair of Nike Air Force One rubber shoes was also found along with the said items.

Last March 4, 2021, an alert order was issued by the BOC Port of Clark Collector regarding the shipment of the said objects. And on March 5, Thursday, an examination of these articles was conducted in the presence of BOC representatives, CDC President and CEO Manuel R. Gaerlan, CDC – Trade Facilitation Division (TFD) head Atty. Noelle Mina Meneses, representatives of the consignee and representatives from the Customs Broker Association.

The goods were initially declared as computer casings with window, 16″ screen protector, and multipurpose mini UPS Battery back-up with Lithium Ion Batteries consigned to Omega Six Global Corporation in Iloilo City. However, after the interception and inspection, the contraband cell phones were found.

Considering the said findings, BOC Port of Clark District Collector Atty. Ruby Claudia Alameda issued a warrant of seizure and detention and the smuggled items were then turned over by CDC to BOC for their disposition.

The interception was successfully conducted through the close coordination of BOC Commissioner Rey Leonardo Guerrero and CDC President Gaerlan as they continuously support and strengthen the government’s thrust of alleviating illicit trade in the country. Taxes of P2.8 million should have been paid for the illegal items.