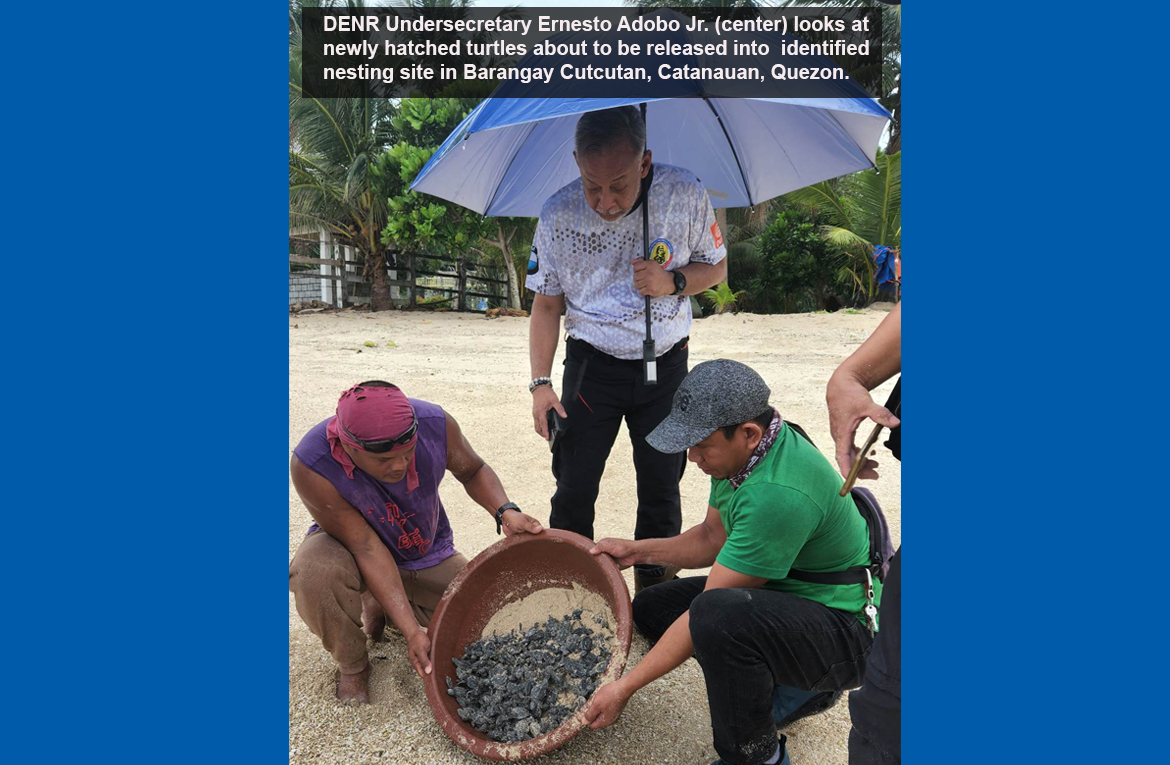 The marine turtle nest was regularly monitored by the Technical Staff of CENRO Catanauan until it was reported by one of the resort’s owner, Kaye De Guzman, that the hatchling began to emerge on January 13, 2023. Usec Adobo, OIC-CENRO Gutierrez and some CENRO personnel immediately proceeded to the area to witness the release of sea turtles.

The said hatchlings were identified as Olive Ridley Sea turtle (Lepidochelys olivacea) based on the number of its carapace scutes with 6-7 pairs in irregular pattern. A total of one hundred twenty-one (121) eggs were seen in the nesting site wherein four (4) were unhatched, two (2) were dead, and one hundred fifteen (115) hatchlings were successfully hatched and released at the beach area in Sitio Paraiso, Brgy. Cutcutan, Catanauan, Quezon.

The Olive Ridley sea turtle is also known as the Pacific ridley sea turtle and belongs to the family Cheloniidae. It is the second-smallest and most abundant sea turtle in the world commonly found in warm and tropical waters, particularly in the Pacific and Indian Oceans. The release of sea turtles was in support of Republic Act No. 9147 or the Wildlife Conservation and Protection Act of 2001 which aims to conserve and protect wildlife species and their habitat to promote ecological balance and enhance biological diversity.