QC BPSOs trained in Probaton use 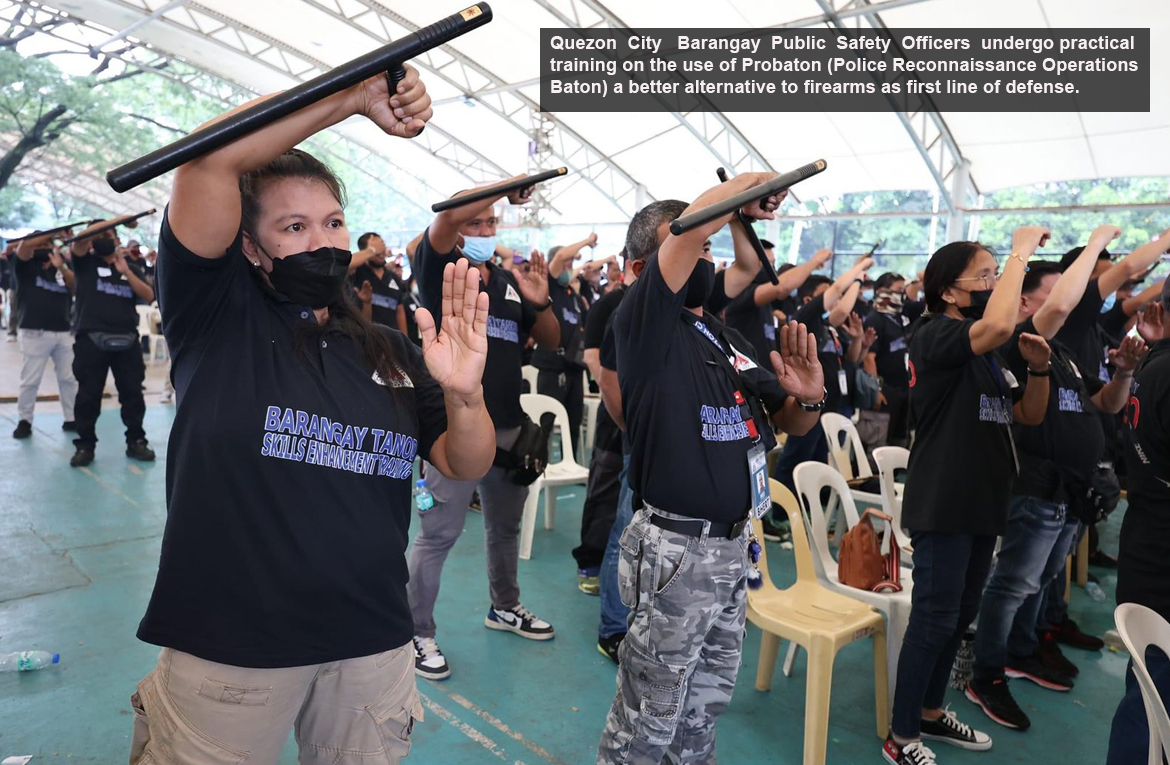 The Quezon City Barangay and Community Relations Department, thru its Department Head, Ricardo B. Corpuz, recently held a Program for the Conduct of Skills Enhancement Training including Practical Training on the use of Probaton (Police Reconnaissance Operations Baton) for the 2,400 Barangay Public Safety Officers.

The Probaton was reintroduced to public use in response to the call of then-President Rodrigo Roa Duterte for a first line of defense that did not include firearms.

“It is time to reintroduce Probaton because of the President’s call for a better alternative to firearms as first line of defense.  It looks better than rattan.  In fact, it is a high-quality defense equipment. In dealing with unruly suspects, you can use this tool to knock down the attacker, but this would not break their bones because it is made of rubber,” said Pagayon.

Probaton, short for Police Reconnaissance Operation baton, is one of the several inventions that Pagayon is credited for.  He registered Probaton after being informed that its design could be considered an invention.