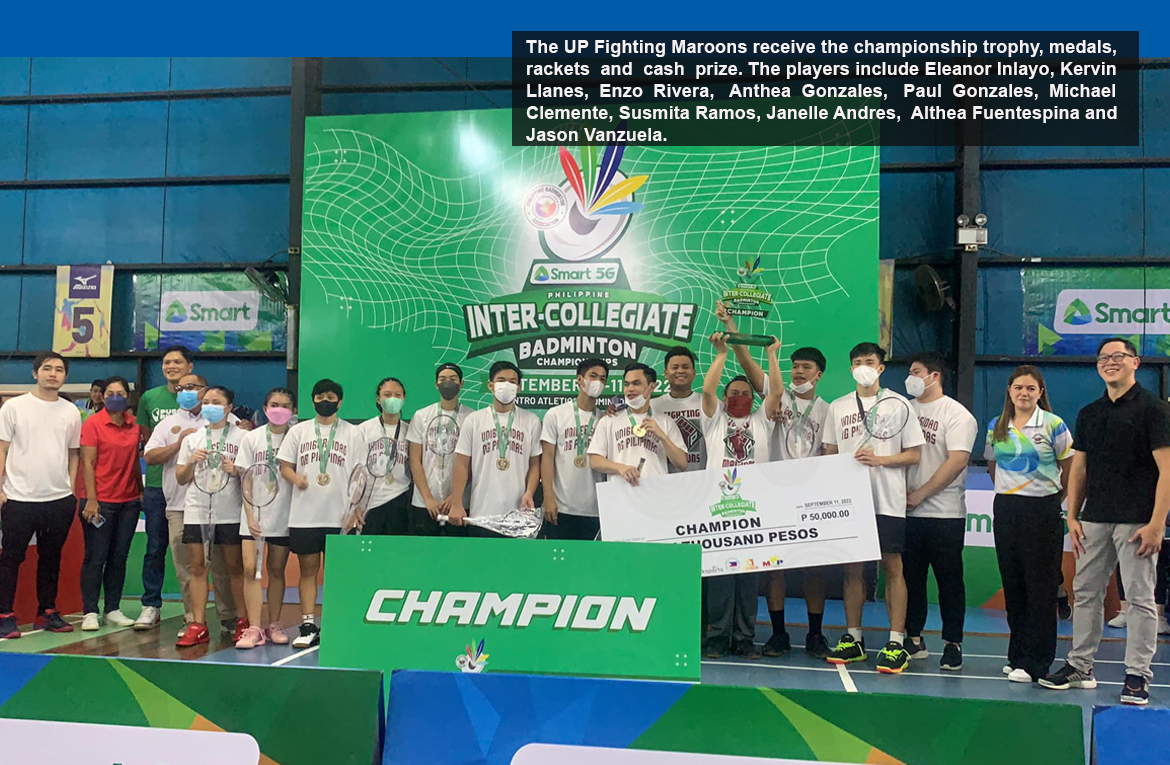 University of the Philippines swept all its games to rule the inaugural Philippine Intercollegiate Badminton Championships at the Centro Athletico Badminton Court in Quezon City.

The team had to cram before the tournament and had just two weeks to practice. The tournament though will serve them in good stead for the coming UAAP Badminton tournament which starts October 27.

San Beda took home the silver and the P20,000 cash prize. Ateneo and PUP shared the bronze along with P10,000 each.

The tournament was organized by the Philippine Badminton Association, powered by SMART Communications, and supported by the MVP Sports Foundation, Ducksports, Young, and Apacs.