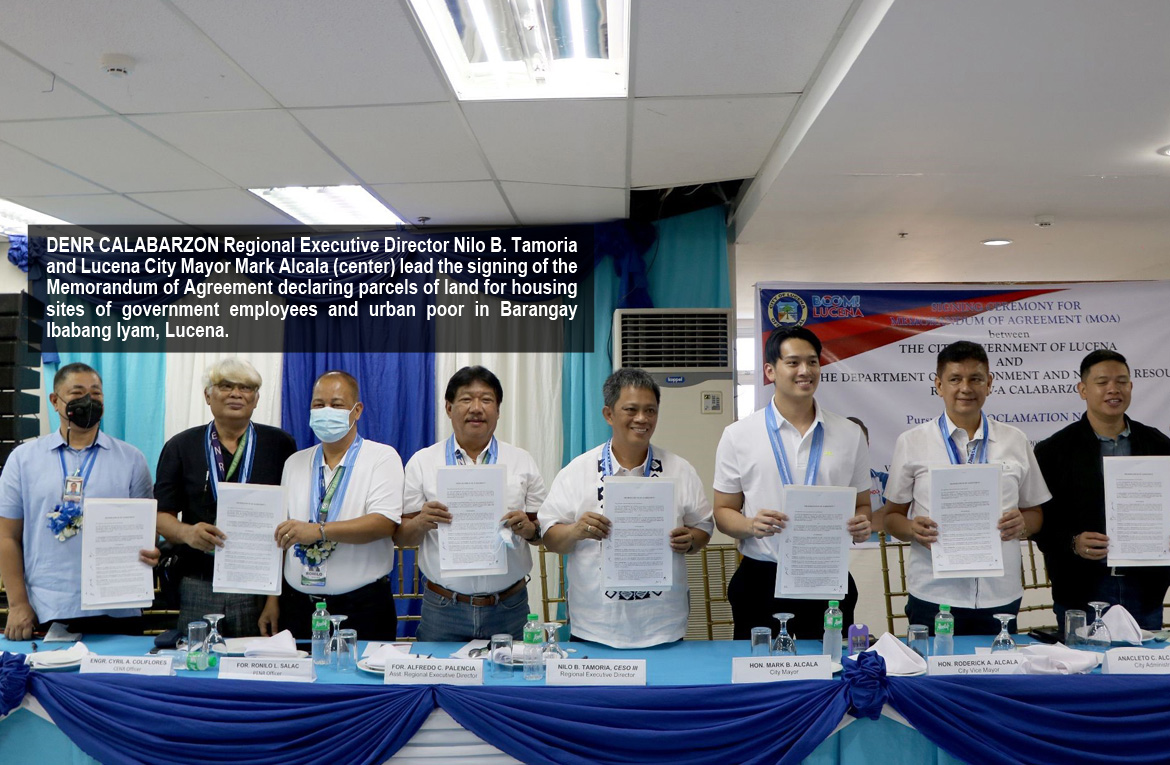 The Department of Environment and Natural Resources (DENR) CALABARZON officially forged partnership with the Local Government Unit (LGU) of Lucena, Quezon through the signing of Memorandum of Agreement for the declaration of certain parcels of land for the housing sites of government employees and the urban poor in Barangay Ibabang Iyam, Lucena City, Quezon.

On August 11, 2003, then President Gloria Macapagal Arroyo signed Proclamation No. 436 for the location of housing sites. The proclaimed land was an abandoned airfield formerly owned by the Civil Aviation Authority of the Philippines (CAAP).

RED Tamoria was an official of the Housing and Development Council from 2001-2004, and was part of the pre-proclamation until the post proclamation process of Proclamation No. 436.