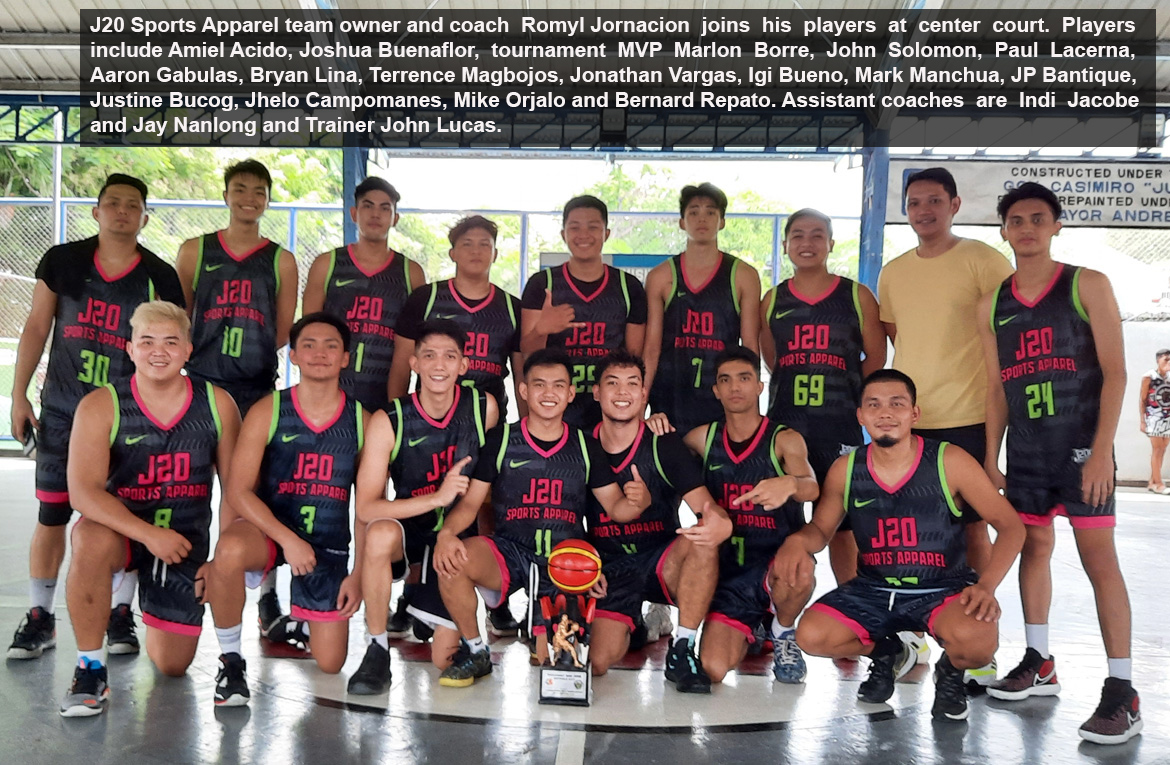 Acido teamed up with Joshua Buenaflor and tournament MVP Marlon Borre as J20 overcame a 12-point, 59-71, deficit in the third quarter. Acido and Borre took care of the scoring chores while Buenaflor focused on guarding high-scoring Jimwell Ocampo of Don Jajnok’s.

Arjay Baybayon hit a jumpshot to push Don Jajnok’s to a 77-79 advantage with almost 4 minutes left to play. Acido then drilled a triple as J20 finally grabbed the lead for good, 80-79, with 3:21 to play.

Acido stole the ball followed by a barreling layup by Borre as J20 extended its lead, 82-79. Ocampo split his charities to cut the gap, 82-80.

Acido then drilled another triple to extend the J20 lead even more, 85-80, with 1:52 left to play. Ocampo missed at the other end. Buenaflor grabbed the rebound, issued a long pass to Acido who completed the fastbreak layup to virtually seal the outcome of the match, 87-80, with just 1:36 left to play.

J20 team owner and head coach Romyl Jornacion was happy to win and expressed his gratitude to his players for doing their best and for Barangay San Jose SK, led by SK Chairman Monte Tolentino, for organizing the tournament.

Christopher Rondin, the shortest player on the court, stood tallest for Don Jajnok’s in the third period. He drilled four three-pointers in the period to help his team overhaul a 34-46, 12-point deficit at halftime as Don Jajnok’s led by 12 points, 71-59 entering the fourth quarter.

For J20 Buenaflor led all scorers with 25 points. He was explosive in the first quarter with 13 but had only 12 the rest of the way. Acido had 21 markers while Borre finished with 19.

Borre, the tournament MVP, said he was grateful for the trust he received from J20 Sports Apparel and his teammates.

For Don Jajnok’s Ocampo scored a game-high 28 points. Rondin had 21 points on 6 three-pointers.