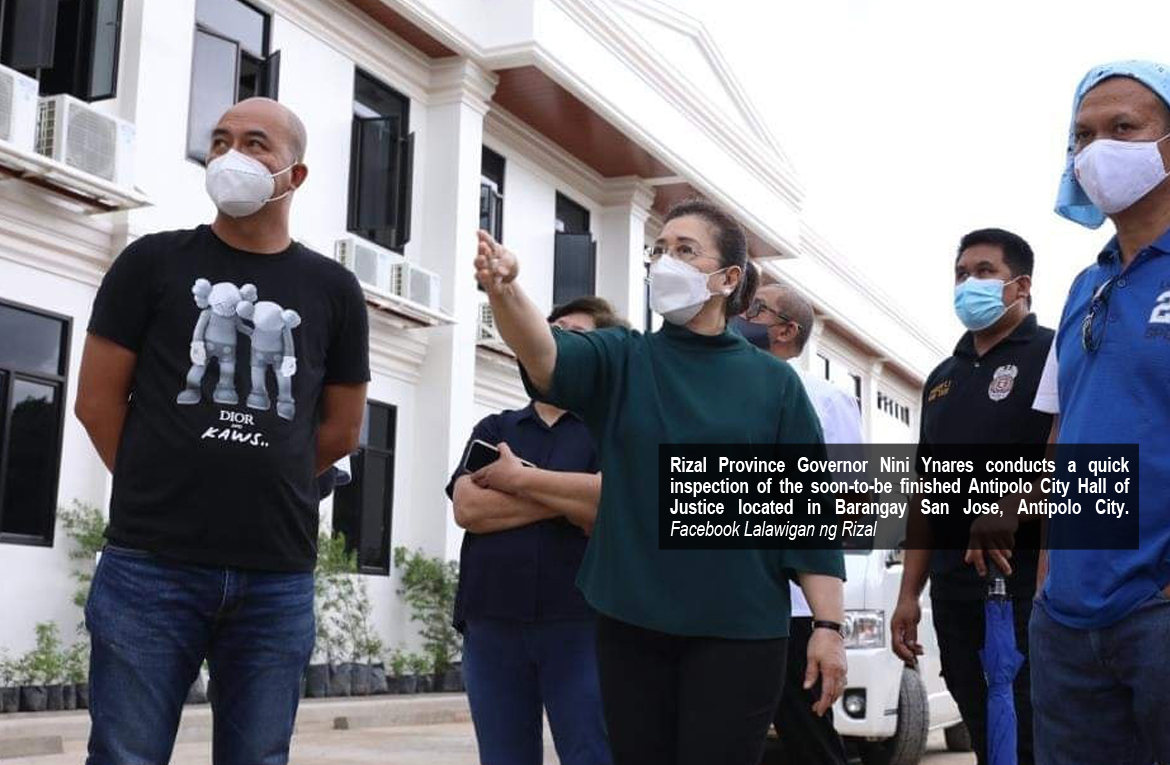 The project is expected to be completed this month June, 2022.

The Hall of Justice will be helpful and convenient not only to residents of Antipolo City but also Taytay and Cainta as well.

The Hall of Justice will have courtrooms where trials are conducted for the swift administration of justice in the province. It will be under the Department of Justice of the Philippine government.

The DOJ is responsible for upholding the rule of law in the Philippines being the government’s principal law agency and serves as its legal counsel and prosecution arm.

The Hall of Justice in Antipolo will also have facilities for discussion and mediation, archives, records, and evidence rooms, as well as conference and meeting rooms and even prisoner holding rooms.

Also being discussed are a business center; library, medical clinic and daycare center.

The department is led by the Secretary of Justice, nominated by the President of the Philippines and confirmed by the Commission on Appointments.