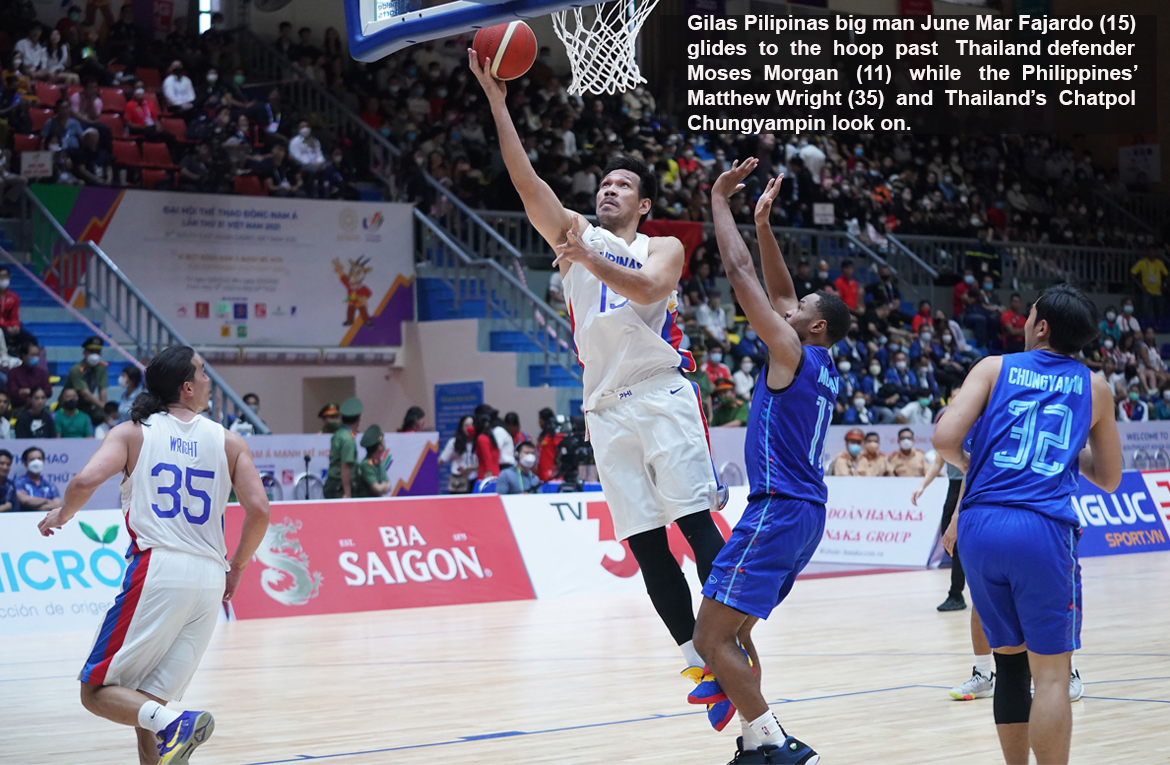 Kiefer Ravena had a chance to ice the game with 6.7 seconds to go with the Philippines leading by 3 points, 76-73, but he missed his second free throw which gave the Thais a chance to send the game to overtime with a three-pointer.

San Miguel Beer big man June Mar Fajardo was unstoppable inside the paint to pace the Filipinos with 28 points and 12 boards.

The Philippines actually trailed by 10 points in the second period until Fajardo and Thirdy Ravena led a 19-5 assault which pushed the Philippines ahead for good, 34-30, with less than three minutes left in the half.

Gilas seemed on the way to an easy victory as it eventually posted a 10-point, 73-63 lead after a three-point play by Fajardo with 3:15 to play.

But Nakorn Jaisanuk and Antonio Price cut the deficit to just a field goal, 73-75, with 13 seconds left paving the way for the tight finish.