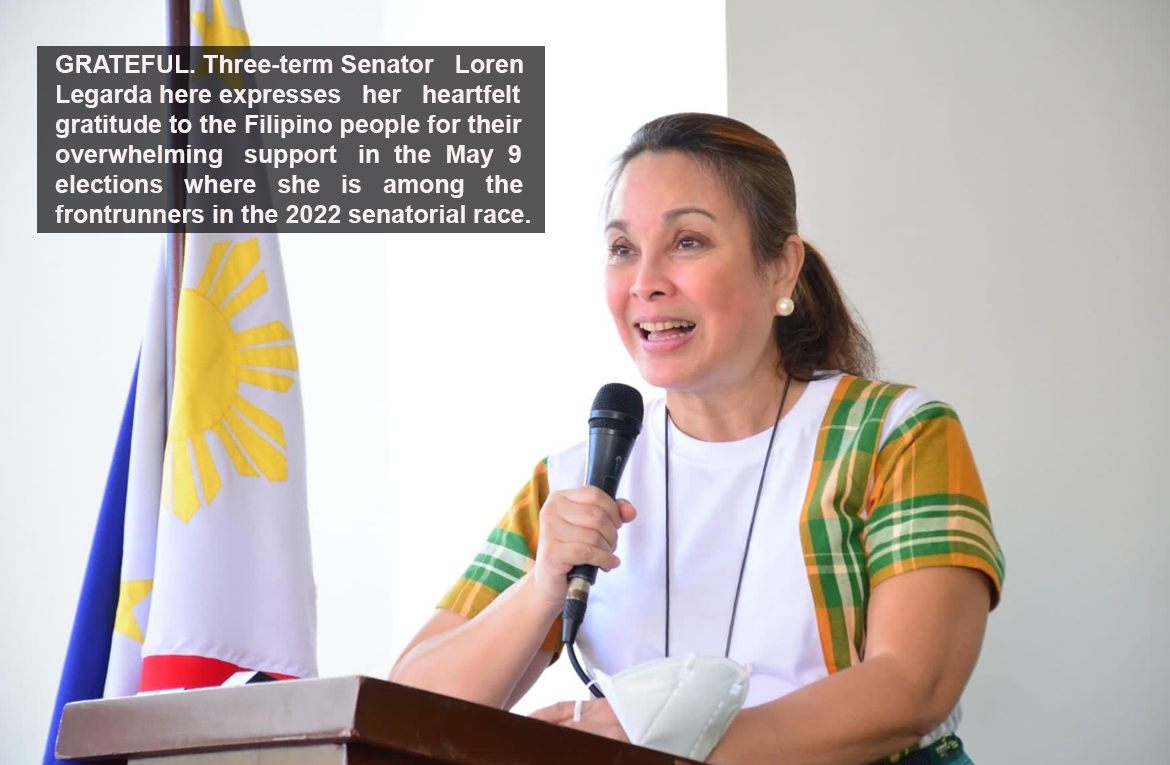 Three-term Senator Loren Legarda expresses her heartfelt gratitude to the Filipino people for their overwhelming support in the May 9 elections where, based on the ongoing canvassing, Legarda is among the frontrunners in the 2022 senatorial race.

Legarda currently ranks second among the senatorial candidates, based on unofficial results received through the Commission on Elections’ transparency server.  She topped the Senate race twice, in 1998 and 2007, and placed second in 2013.

The former senator stresses that the new term that will be given to her by Filipino voters inspires her to work even harder for the future generations as she continues to push for the advocacies she has espoused for decades now—to bring government programs closer to the people, especially the marginalized and vulnerable, and to ensure an inclusive, equitable, resilient and sustainable growth and recovery for all.

Legarda, who served as Antique Representative for three years, also expresses her deep appreciation for all Antiqueños who had moved her to do more in public service.

“All we need is the passion and perseverance to serve and provide programs that are pro-people. Elections should not just be an opportunity for us to gain fresh mandate, but also a chance for us to renew the people’s trust in our vision to improve their lives,” Legarda concludes.

The COMELEC, sitting as the Board of Canvassers for the senatorial and party-list elections, has already convened and started to receive the certificates of canvass from the cities and provinces and, according to reports, is expected to proclaim the winners within one week.