Legarda among first to cast vote 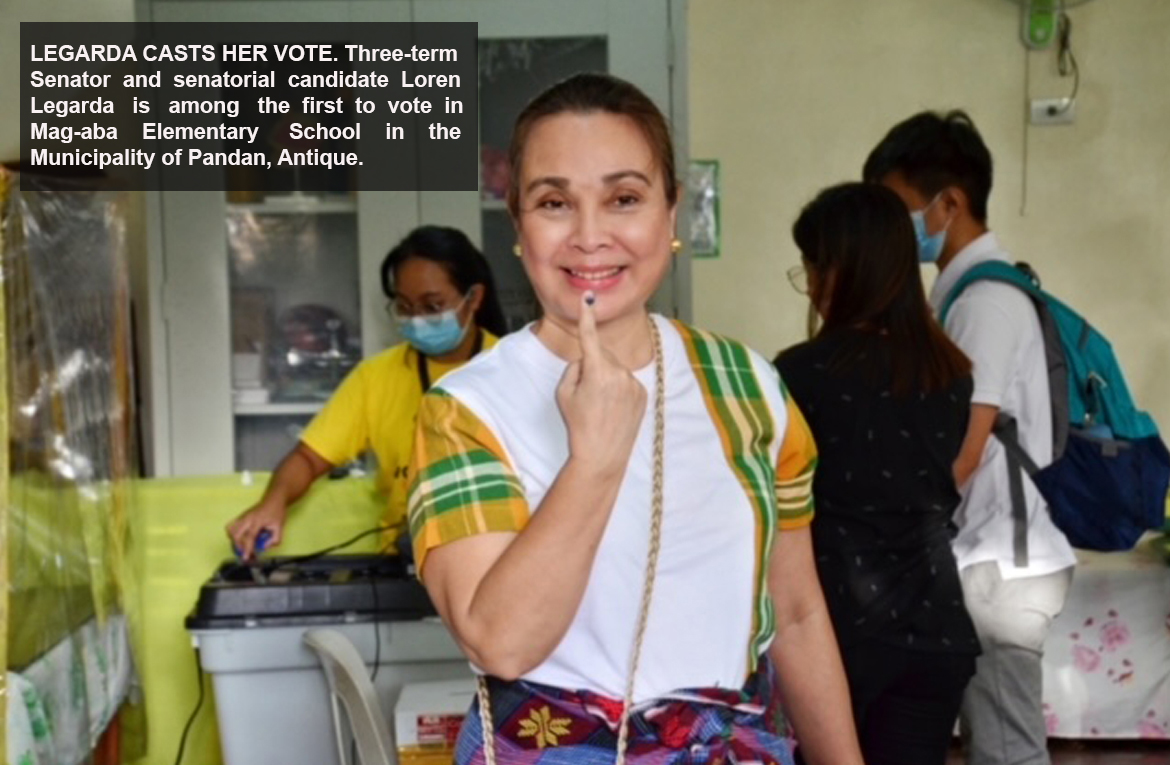 Three-term Senator and senatorial candidate Loren Legarda is among the first to vote in Mag-aba Elementary School in the Municipality of Pandan, Antique.

This while the country celebrates this year’s National Heritage Month, Legarda called on the government and the public for greater support and strengthening of culture-based livelihoods in the country.

Legarda, who was conferred the Dangal ng Haraya Award: Patron of Arts and Culture by the National Commission for Culture and the Arts (NCCA), has advocated for and initiated various programs for the promotion and preservation of Philippine Art and Culture.

She says that “culture-based livelihoods do not only bring income to Filipino families but also preserve and protect the cultural heritage of the country.”

Legarda also points out, “We do not need to reinvent the wheel to ensure that our fellow Filipinos have livelihoods and other sources of income. Our country is rich in culture-based livelihoods such as handicrafts, pottery, weaving, and embroidery, and we strongly believe that these do not only deserve recognition but also development as they are part of our identity as Filipinos.”