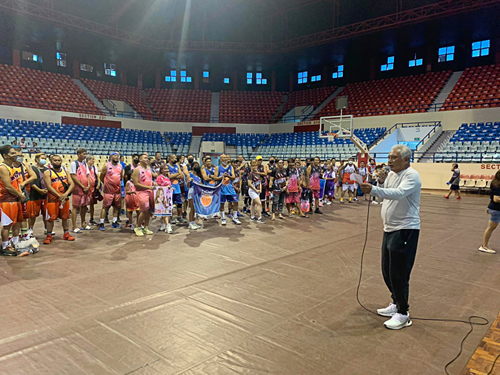 Marquez has deep ties in sports and basketball. He believes that everyone should continue to remain active – preferably participate in sports – even during their 40s, 50s and 60s for health and wellness.

Marquez is a senior who values health and wellness which is why he supports sports activities even for those who are already over 40.

Marquez is a true basketball hero from Antipolo. He completed his college studies at De La Salle University on a sports scholarship. He is the only two-time NCAA MVP coming from two different schools in Colegio San Juan de Letran and De La Salle.

He was a member of the Philippine national team which won a silver medal in the SEA Games in Indonesia and was also a Most Valuable Player with the Yco Painters in the amateur MICAA tournament. He then became the first Antipolo resident to star in the Philippine Basketball Association as the celebrated Kamikaze Kid of Yco/Tanduay whose fearless incursions into the lane mesmerized the audience of the professional league.