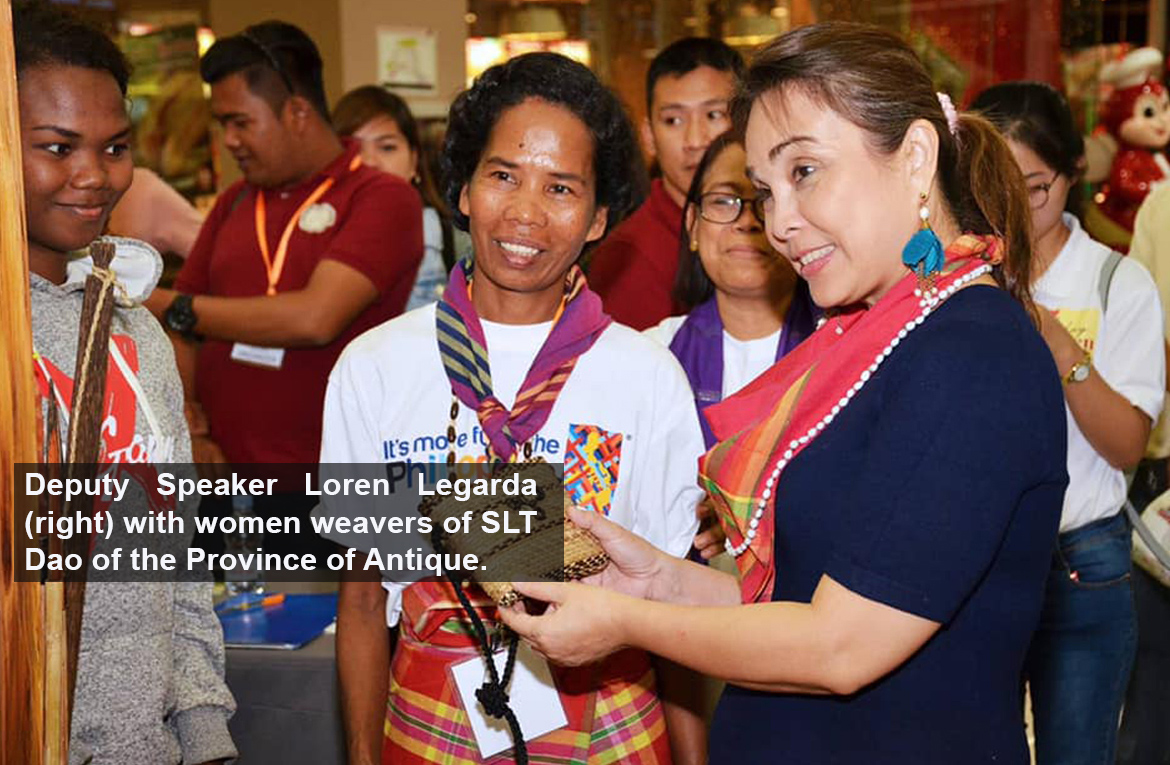 When Legarda first launched the  LOREN sa Bawat Barangay program in 1998, her goal was to reach out to the grassroots, understand their needs, and harness available resources to create more employment, entrepreneurship, and development opportunities for the people in every barangay.  The acronym stands for Livelihood Opportunities to Raise Employment Nationwide, and Law and Order; Rights of women, children and indigenous peoples; Environment, education, and employment; and Nationalism.

“As I return to the Senate, God willing, I hope to continue strengthening our barangays. Bulacan can be the next major center of economic activity in Central Luzon given its accessibility to Metro Manila and Northern Luzon and the wide array of talents and resources available to the province. We just have to collaborate with the barangays because they are closer to the people and they know what the people need,” Legarda said to the barangay officials of Bulacan.

Through Legarda’s support and initiative, several livelihood assistance and training opportunities to improve the productivity and employability of Bulakenyos were instituted in the province.

She also supported the participation of Mang Kiko Singkaban of Paombong in the annual National Arts and Crafts Fair of the DTI, one of the few remaining craftsmen of the decorated bamboo art often used during town fiestas in Bulacan.

To assist the thousands of workers who were displaced by the COVID-19 pandemic, the three-term Senator also allocated funds under the Department of Labor and Employment’s Tulong Panghanapbuhay sa Ating Disadvantaged/Displaced Workers (TUPAD) Program and its Government Internship program (GIP) for the province and all of its three cities and 21 municipalities.

As a National TESDA Kabalikat Awardee, Legarda continued her invaluable contribution in developing, enhancing, and implementing training programs to enhance the skills of the labor force, as well as promote entrepreneurship among Bulakenyos. In 2018, the three-term Senator allocated funds under TESDA to provide the province access to Training for Work Scholarship Program (TWSP), and Special Training for Employment Program (STEP). As of date, more than 100,000 TESDA scholars all over the country benefitted through Legarda’s intervention.

Legarda also said that efficient rural transport and infrastructure will help realize the full potential of the province, thus she supported the allocation for the construction of revetment, roads, and drainage.

As the principal author of the Amendment to the Magna Carta for Persons with Disability under Republic Act No. 11228, Legarda allocated under the Department of Education (DepEd) for the construction of PWD-friendly facilities and learning materials and supplies for students of special needs in Lawa Elementary School in Obando, Bulacan .        Whereas, as a woman of culture, Legarda promoted adaptive reuse and protection of built heritage and among her projects in coordination with the National Historical Commission of the Philippines is the restoration of the historical Barasoain Church in Malolos to preserve and protect this important heritage structure with an aim to increase the level of cultural heritage awareness of the new generation.