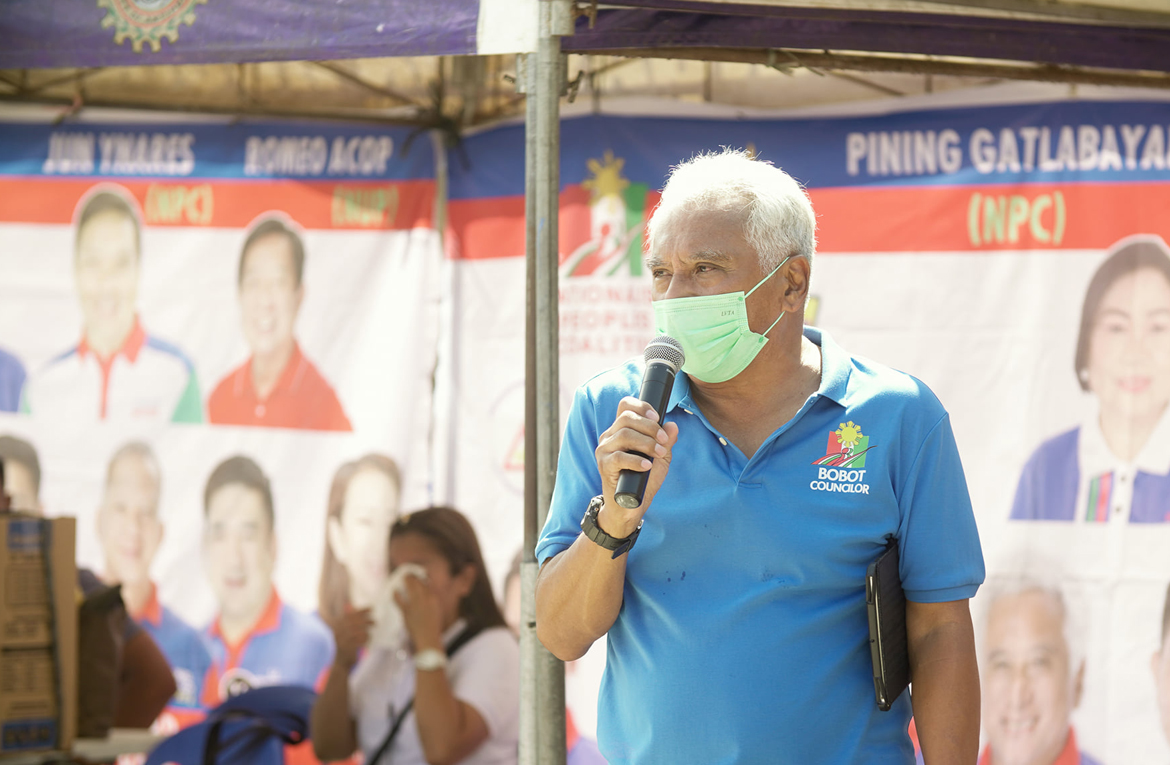 Rizal Provincial Board Member Bobot Marquez – running for Councilor in the Second District of Antipolo City – recalled a landmark legislation he authored during his term as Councilor of Antipolo.

To address the high unemployment rate of the city years ago he authored an ordinance that required 70 percent of employees of all business establishments in Antipolo should be residents of Antipolo.

Marquez was a three-term councilor of Antipolo from 2010 to 2019. Among his earliest legislation was one that provided employment for residents of Antipolo.

During his stint as local lawmaker he was chairman of the most important committees including Trade and Commerce; Budget, Finance and Appropriation; as well as Health and Social Welfare.

Marquez hopes to return to the Sangguniang Panlungsod of Antipolo as councilor of District 2.

Agimat is a new political organization joining the party-list race in the 2022 elections. Senator Bong Revilla Jr. said Agimat party-list will be fighting for the rights and welfare of ordinary workers, including farmers, fishermen, drivers, and Filipinos working abroad.

The group which went to Sitio Golden Hills was led by Vice Mayor Pining Gatlabayan. With them were District 2 candidates for councilor including Marquez himself.