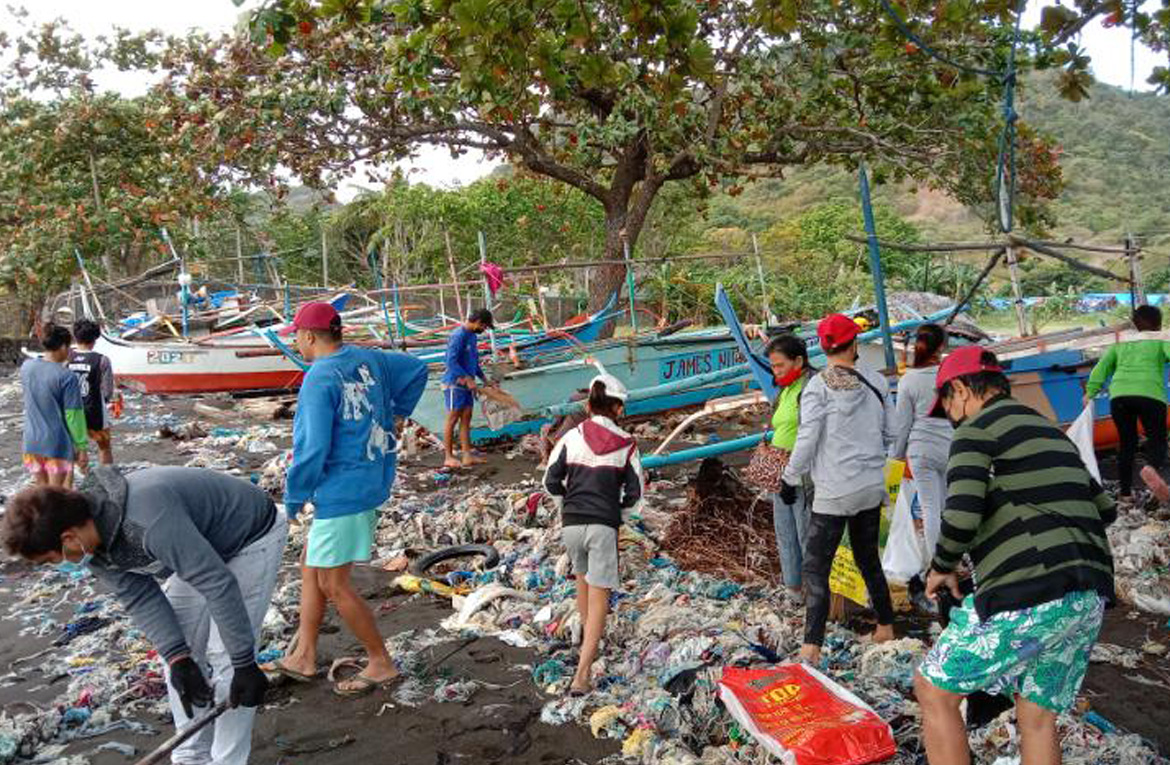 San Miguel Corporation (SMC) extended its coastal clean-up drive to Calatagan and Balayan in Batangas, even as it prepares to start cleaning up the heavily-polluted Marilao-Meycauayan-Obando river system (MMORS) in Bulacan.

﻿       A total of 1,340 bags full of garbage were initially collected from the coastal areas of the two towns during the five-day cleanup effort supported by both SMC and the government through the Tulong Panghanapbuhay sa Ating Disadvantaged/Displaced Workers (TUPAD) program of the Department of Labor and Employment (DOLE).

﻿       “We recognize that to be able to help save our waterways from litter, we need to address the issue of pollution at its source. But these cleanups do make a big difference especially in shaping the way people interact with the environment. Also, that one piece of trash we remove means one less litter that could end up in our waterways,” SMC president and CEO Ramon S. Ang said.

﻿       Meanwhile, SMC has also committed to helping set up a Materials Recovery Facility (MRF) for five barangays in Calatagan to recover recyclable materials and significantly reduce the amount of waste that end up in the waterways of the province.

﻿       SMC also holds weekly clean-up activities in Isla Pulo in Navotas together with the Department of Environment and Natural Resources (DENR). Isla Pulo is home to the Tanza Marine Tree Park, a 26-hectare mangrove strip of an island with a 3.5-kilometer shoreline, which also serves as a natural barrier that protects nearby cities from storm surges and coastline erosion.

He added that coastal clean-up activities in Batangas will be done on a weekly basis and with greater urgency as the Batangas waters are close to the Verde Island Passage, a strait between Luzon and Mindoro that is known for its rich marine biodiversity.

﻿       “Keeping plastic waste from our seas and oceans will also protect our source of food and the fishermen who depend on these for their livelihood. In partnership with local and government agencies, we need to continuously educate our coastal communities on the importance of proper waste disposal as well as recycling and upcycling of waste products,” he said.

﻿       SMC earlier donated patrol boats to the Calatagan community task force or Bantay Dagat that enlists fisherfolk from coastal villages to help enforce coastal and fisheries laws, particularly against the use of illegal fishing methods and illegal equipment. The company also made a larger donation of 19 motorized boats to be used by local fisherfolk groups for their livelihood.

﻿       In Navotas, SMC’s weekly clean-up draws some 80 volunteers composed of employees, residents from Barangay Tanza 1 and personnel from the local government of Navotas, Philippine National Police (PNP) personnel based in Navotas, the 51st Engineers Brigade of the Philippine Army and the DENR. The group has so far removed 3,913 sacks of garbage.

﻿       SMC will also start cleanup and channel improvement project for the Marilao-Meycauayan-Obando river system (MMORS), a major component of its flood mitigation initiative for Bulacan, and Taliptip while building the New Manila International Airport in Bulakan town.

﻿       For its P1 billion Tullahan-Tinajeros River System rehabilitation project, the company has already removed 640,384 metric tons of silt and solid waste to date.

﻿       Meanwhile, it has already collected 165,700 metric tons of silt and solid waste from the Pasig River as part of its P2-billion Pasig River rehabilitation project. The company recently received a $1.5 million donation from Japanese shipping giant NYK Line for the purchase of additional dredging equipment.