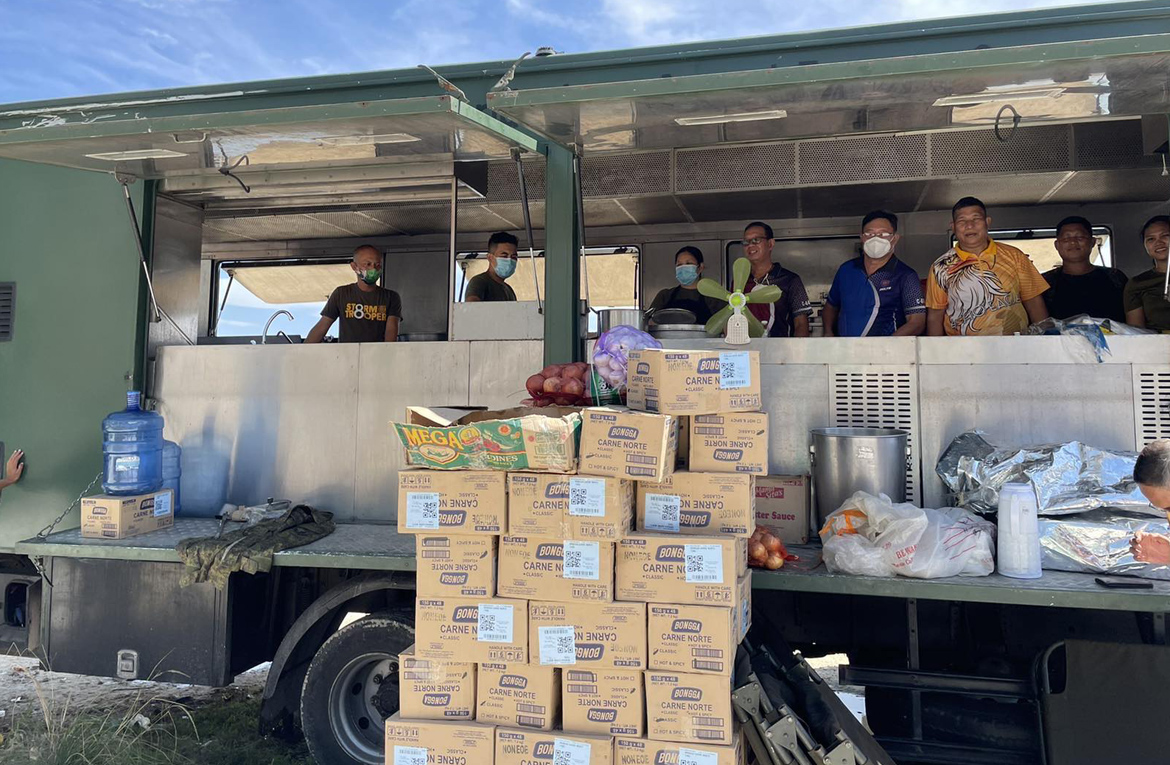 San Miguel Corporation’s (SMC) response efforts for provinces hit by typhoon Odette continues, with food and water donations totaling over P35 million to date. This, as fuel subsidiary Petron Corporation managed to restore full operations to most of its damaged service stations throughout the affected provinces.

SMC president and chief executive officer Ramon S. Ang said following its food donations estimated at P30 million in the week following the typhoon last December, the company has continued to send food aid to affected provinces, with P5 million worth of additional food donations given out through partner organizations and its own businesses.

Repairing and reopening damaged fuel service stations has also been a priority for the company, Ang said, as these are critical to restoring business operations, transportation, as well as supporting relief operations. Nearly 100% of all damaged stations throughout the regions are now operational, Ang reported.

The company is also donating and sending some 24,000 liters of water from its Bulacan Bulk Water Project, to several communities in Visayas and Mindanao, to be delivered through partners such as the MWSS, the Philippine Coast Guard, Philippine Navy, a logistics partner, and non-government organizations.

SMC’s various facilities in the affected provinces have also conducted relief operations and stepped up efforts to help provide temporary access to water for neighboring communities and critical facilities.

“The recovery of the Visayas and Mindanao regions from typhoon Odette is just beginning. There are still so many damaged structures and properties, business operations have yet to normalize, and a lot of our kababayans are still facing uncertainty in their daily lives. We’re committed to doing all we can to help in their recovery, both through providing relief, and getting all our operations back on track,” Ang said.

Included in SMC’s overall relief efforts is the donation of about 100 tons of various food products to Southern Leyte, sent through the Armed Forces of the Philippines (AFP) and the provincial and local governments. Some 18 out of 19 municipalities in Southern Leyte were devastated by Odette, according to the AFP.

SMC also partnered with the armed forces on an extended feeding program through its AFP Mobile Kitchen, which brings hot meals, including donated SMC food products, to various locations all over Cebu.

Following the typhoon, SMC mobilized all its available resources both within and outside the affected regions, in order to deliver food donations to the various provinces.

SMC’s various subsidiaries with operations in the affected areas, have also implemented relief operations for their host cities and communities.

San Miguel Brewery has distributed relief goods, on top of providing water for the public, particularly in Mandaue City and Talisay City.  SMB provides free water to its host communities as well as the University of Cebu and University of Cebu Hospital. Water in the said cities remain scarce, and recently, the company deployed “aquatabs” to purify water for drinking.

The company also conducted its own relief operations, distributing food donations to some 3,700 families in Mandaue and Mactan.