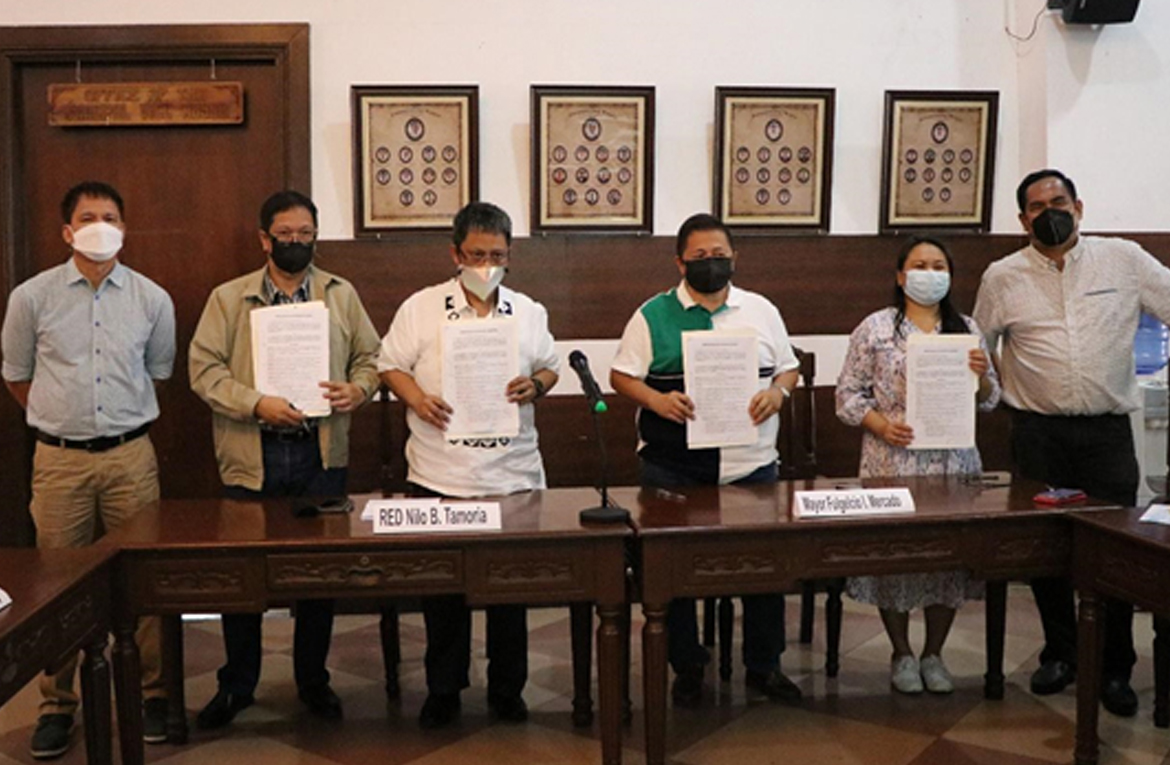 The Department of Environment and Natural Resources (DENR) CALABARZON enters into a Memorandum of Partnership Agreement (MOPA) with the municipal government of Taal, Batangas for the conduct of the Rapid Land Tenure Appraisal (RLTA) in the said municipality, on December 13, 2021.

RLTA, as defined by Land Management Bureau (LMB) Technical Bulletin No. 1, s-2018, “is the process to obtain a clear picture of the land tenure situation on the ground before land titling operations are entered into the area”. It paves the way for the faster titling of lands in a municipality or city as all potential lots for patent applications in the area will be identified once land tenure profiling is completed.

Apart from security of tenure, Tamoria explained some other advantages of land titling such as economic development, peace and order, taxation, capability building/strengthening of LGUs, and land information database building.

On February 16, 2021, the DENR-Community Environment and Natural Resources Office (CENRO) of Calaca held a meeting with Taal, Batangas Mayor, Hon. Fulgencio Mercado to propose a MOPA on RLTA in the municipality. In view of the positive feedback from the LGU, the Sangguniang Bayan of Taal, Batangas issued a Resolution in March 2021 authorizing the Municipal Mayor to enter into the said MOPA with the DENR CALABARZON.

Per Land Classification Map of the DENR, 2,446 hectares of the 2,970-hectare total land area of Taal, Batangas is classified as Alienable and Disposable land, subject to disposition and titling. Since 1991 to date, a total of 883 Free Patents within the said municipality have already been approved by the DENR.

The municipality of Taal, Batangas will be the target area of DENR-CENRO Calaca for the implementation of the RLTA Program in 2022.