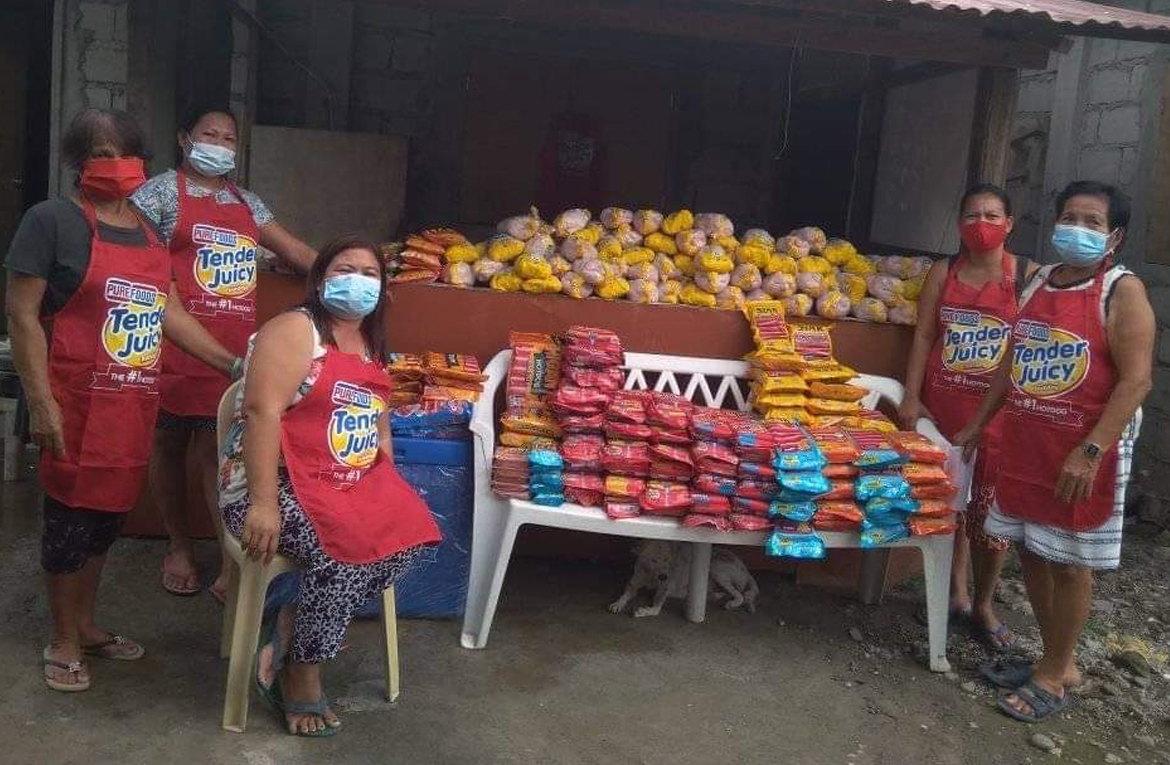 San Miguel Corporation (SMC) has launched its community resellers program for former residents of Barangay Taliptip in Bulakan, future site of the P740-billion Manila International Airport project, as part of the company’s continuing livelihood creation and training programs for them and their families.

SMC president and chief operating officer Ramon S. Ang said that apart from the free skills and livelihood training from Technical Education Skills and Development Authority (TESDA) that the company is already providing them, SMC is also organizing former residents into groups or cooperatives to start their own community reselling business, carrying Magnolia Chicken and Purefoods-branded frozen products.

On top of this, SMC will also provide additional community-based business skills training, which will allow former residents to enhance their income from the fishing trade.

The programs are just the most recent assistance provided by SMC to former Taliptip folk, which started last year with cash assistance granted to them for the construction or acquisition of new concrete homes on safer ground.

“We are fully committed to helping our Taliptip families become more capable of building a better future for themselves, by providing them all the support and training they need to get good jobs—preferably at our projects–or to pursue various businesses opportunities,” Ang said.

“This reselling program makes former settlers of the airport site our valued business partners. We will make sure our people will be there to watch over them, monitor their progress, and help them make their business succeed. As with our TESDA training programs, this is open to all former residents. They just have to organize themselves, and we will extend the same support,” Ang added.

The first community store was opened by former residents from Taliptip’s Sitio Kinse, who moved to Barangay Bambang, also in Bulakan town. They opened the pilot store for the SMC program last January 24.

SMC provided the initial inventory of Magnolia Chicken and Purefoods products for free, as well as freezers for the said community store.

“This selling program is specifically designed for those relocatees who cannot leave their homes to work but need to earn income. By organizing them into groups for the community reseller program, we are encouraging them to help each other as they also help us ensure the availability of Magnolia and Purefoods products in their respective communities,” Ang said.

“I’m happy too that the initial feedback for the pilot store has been very positive and encouraging for the former Sitio Kinse residents. We will immediately replicate these stores for other groups of relocatees so more people can benefit from this program,” he added.

“We want to make sure we provide them as many income opportunities as possible. What we’re hoping to achieve is to capacitate and empower them to be self-reliant in the future. That’s why on top of helping them build better homes, we’ve really put particular focus on skills training,” Ang said.

Late last year, the first batch of 58 former Taliptip residents taking up SMC’s TESDA program, graduated from their Shielded Metal Arc Welding, Electrical Installation and Maintenance, and Heavy Equipment Operations courses. The training is to prepare them for possible jobs at the airport construction. Meanwhile, other former residents took up dressmaking and cookery and were given toolkits to start small businesses.

The graduates came from 277 families who received financial assistance so they can move to new houses in safer locations in Bulacan and other provinces that include Samar, Negros, Nueva Ecija, Sorsogon, Mindoro, Masbate, Camarines Sur, Malabon, Bataan Valenzuela, Paranaque, Dumaguete, and Albay.

“We are constantly in touch with the relocatees and we are happy to note that all of them are fully settled and happy in their new houses. We continue to work to provide them livelihood and training opportunities,” Ang said.

Owners of non-concrete houses or shanties were given P250,000 each, while owners of concrete houses were given the appraised value of their homes, multiplied by two, plus P100,000. Cash assistance was also provided to 87 others who were disqualified, for a total of 364 beneficiaries.