ONE Championship will be on TNT 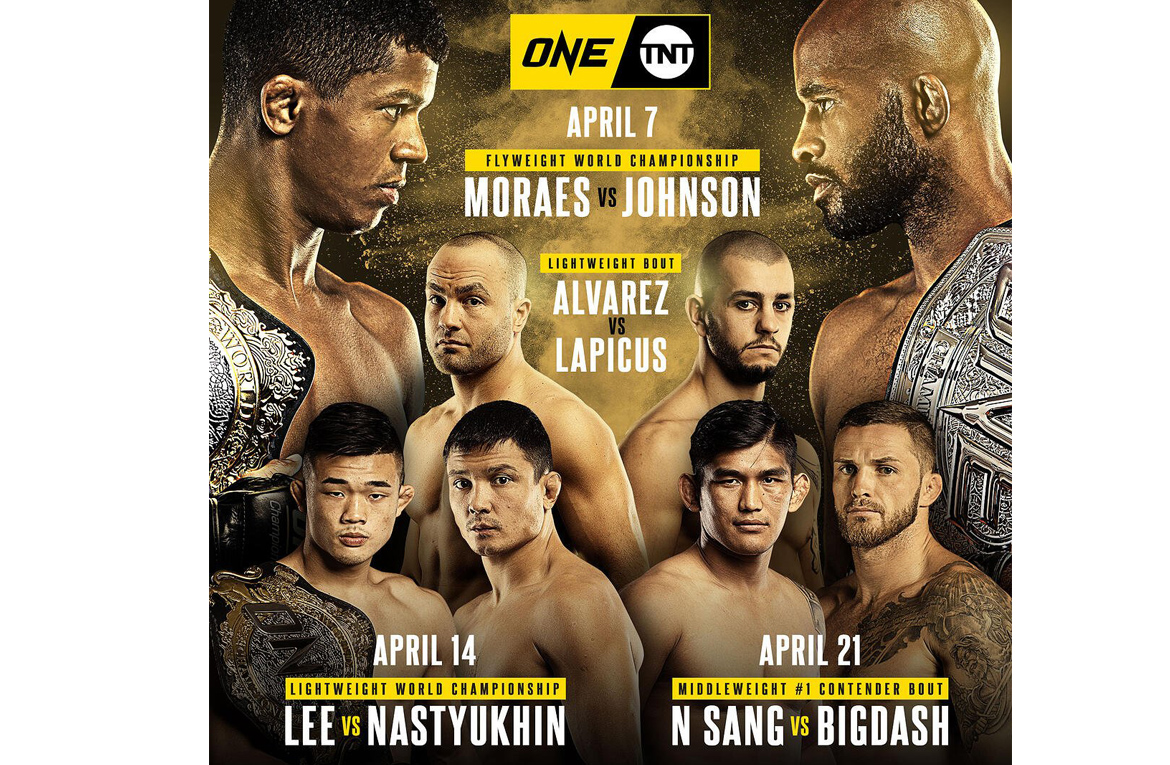 The “ONE on TNT” series will air every Wednesday from April 7 to April 28. Each week will include a preliminary card digitally streamed exclusively on the Bleacher Report App and B/R Live from 9 p.m. to 10 p.m. ET, followed by three main card fights televised exclusively on TNT in the US at 10 p.m. ET.

“We are absolutely thrilled to kick off 2021 with the announcement of our first season of ‘ONE on TNT’,” said Chatri Sityodtong, Chairman and CEO of ONE Championship.

“We look forward to introducing our unique brand of martial arts to the U.S. on prime time. American fans can expect something fresh, new and completely different from anything that is currently available in the U.S. As always, we will feature some of the greatest World Champions across various martial arts alongside a few familiar, legendary names.”

“ONE on TNT II,” airing April 14, will feature the return of reigning ONE Lightweight World Champion Christian “The Warrior” Lee, as he defends his World Title against #3-ranked lightweight contender Timofey Nastyukhin.

“ONE on TNT IV,” airing April 28, will cap off the series with more high-stakes bouts to be announced at a later date.

“ONE Championship has a passionate global fan base and this next step in our partnership elevates the exposure for its top martial arts events in the U.S,” said Tina Shah, Executive Vice President and General Manager, Turner Sports. “This multi-faceted approach combines two leading platforms in Bleacher Report and TNT as we further expand the reach of these premier events and drive additional engagement with a broader audience.”

ONE Championship (ONE) is the largest global sports media property in Asian history. Headquartered in Singapore, ONE is the world’s largest martial arts organization, hosting bouts across all styles of martial arts such as mixed martial arts, Muay Thai, kickboxing, and more.

ONE hosts the biggest sports entertainment events across Asia, featuring some of the world’s best martial artists and World Champions on the largest global media broadcast in Asia.